Yankees Sweep Bosox in London, Racking Up Runs Like Cricketers

Published on 1-Jul-2019 by Alan Adamsson 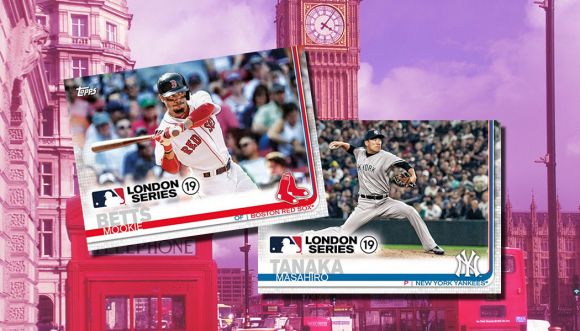 Is anyone really surprised that historians have suddenly dug up a forebear of baseball in England right about the time MLB staged its two-day event in London?

It just warms the left cockle of a seamhead's heart to now know that the Prince of Wales and Earl of Middlesex did some hand-whacking in 1749 and called it bass-ball.

So it shouldn't be a surprise that the first two MLB teams called upon to show the folks in Jolly Olde what the game's become today represent cities that have English roots themselves:

Turns out the Norse ancestors from Yorkshire woulda been Viking proud.

The New York Yankees humored Boston's Red Sox for a few innings here and there while they hit them for six, claiming both games in gobsmacking fashion.

MLB converted West Ham United's home ground at London Stadium into the sorta thing Oakland Coliseum should try until they figure out their future. It was quite the task:

OK, the contractors did buy local for one item.

The quirk that most figured would factor into high-scoring games -- the 385ft distance to center field -- really didn't, but for whatever reason, breaking balls weren't biting like pitchers expected.

Saturday's game featured the second-most runs ever scored in the 2200-plus times these teams have played, with the Yankees claiming a 17-13 victory:

Estimates were that 85% of the fans in the stands were English, so they were well-accustomed to witnessing 30 runs in a couple of hours. That's like watching the opening session of a cricket match where the batsmen are working at taking the shine off the ball.

No doubt those fans were overjoyed to see the concessions vendors roaming the aisles. That's just not done in England.

So it's safe to say the locals were definitely stoked for the Sunday game.

Seems like the Bombers were, too, pounding out more big innings in their 12-8 comeback win to sweep the series:

There's a deep list of firsts and factoids for this series, but the coolest one is this:

Former Seattle Mariner and current Yankee Edwin Encarnación has become the first player rostered on an MLB team to play on three continents in the same season.

Dude opened the 2019 campaign in Japan with Seattle and, in Saturday's game, became the first MLB player to fan five times in six ABs while his teammates were ringing up 17 runs.

MLB has staged games in countries where baseball's popular -- yes, even Australia -- which means the London series has broken new ground.

Two sold-out games with all the trappings surrounding them have now led to other non-traditional baseball cities -- Berlin, Düsseldorf, and Amsterdam have been mentioned -- to inquire about hosting an event.

New York's Didi Gregorius literally has Dutch baseball in his blood, as the Netherlands have a thriving baseball community. So does Italy; perhaps Rome, Turin, or Milan will inquire.

What's certain is -- in the weekend's aftermath -- the crew at London Stadium's gonna roll up the turf, collect the dirt, grab the padding, and put it all in a warehouse until next year.

That's when the Chicago Cubs and St Louis Cardinals come to town.

I know you, you know me.

Looks like someone's trying to put the bass back into baseball.