MLB Season Opens in Japan, and the Mariners Are Undefeated 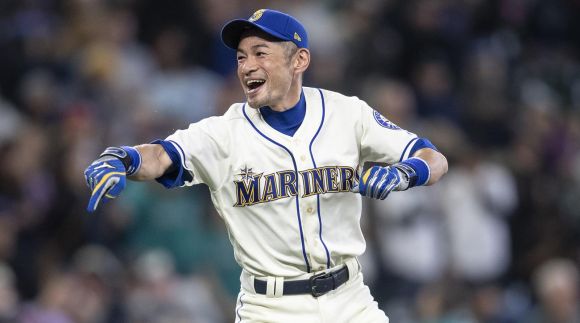 When does a grand slam take a back seat to a pop-up and a walk?

In Japan, when the Seattle Mariners' well-traveled newcomer Domingo Santana went yard with アヒル on the pond and when 45-year-old Ichiro Suzuki merely had to show up to bask in national adulation.

Makes sense. Over the course of a spectacular career, dude's done some godlike things. Among them:

So, yeah, it woulda been cool to see Ichiro get a hit, but he coulda gone up to the plate with only a samurai sword and the cheers couldn't have been any louder.

In fact, it mighta been more fitting.

Other things of note in Seattle's 9-7 triumph:

Here’s Tim Beckham’s bat flip on a loop for 30 seconds to start your morning off properly. #MLB開幕戦 pic.twitter.com/n6ORx66YHG

This game was MLB's first ever to be played in winter. The new dawn of springtime happened the next day.ss

Ironically, it'll also be the time for Ichiro to ride off into the sunset. Or the rising sun.