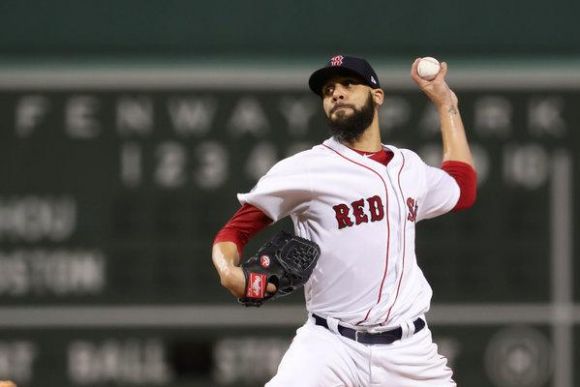 The formerly snakebit Red Sox southpaw David Price had one of those nights.

As in the fourth inning.

Dude gave up three singles to the Los Angeles Dodgers that cost him two runs and coulda been hela worse.

Other than that, he had one of those nights. As in zero hits in every other inning, and the Boston relievers matched him.

As a matter of fact, nothing was busting out all over.

Even BoSox closer Craig Kimbrel has stopped tipping pitches and reverted to the form that -- while he's not in Price's neighborhood -- netted him a nifty contract.

Meanwhile, Boston's bat brigade continues to produce when the rubber meets the road. Every one of their four runs were plated after two were out.

Put it all together, and the Red Sox claimed a 4-2 victory that was never that close:

It's easy to say everything's going Boston's way, because it is.

However, give them credit because they are making their own breaks.

Dudes have hit all of one home run, accounting for a mere 3 of the 12 runs they've scored. They've been hitting the old-fashioned way, taking what's given and no more. And those two-out hits have just kept on coming all October long:

Los Angeles has more talent on their bench in any given game than some teams had in their starting lineups this season, so even though they're leaving Beantown 0-2, the Dodgers still expect to have their day.

Yes, only 13 teams have teams lost the first two games of any best-of-seven MLB post-season series and rallied to win it. That also means it's been done.

Wunderkind Walker Buehler toes the rubber for them in Game 3. He's been on a roll. He'll need to be in Game 3 with Rick Porcello slinging for Boston.

The Sox were beyond impressive when they invaded Houston in the ALCS and swept the 'Stros. Dudes don't seem to have much regard for park factors.

It's down to the Dodgers to prove differently.