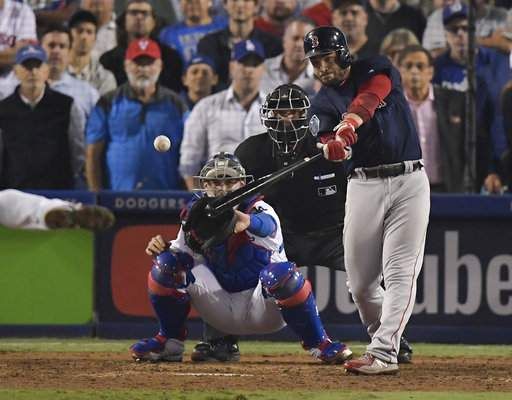 Something amazing's happening at Dodger Stadium this month:

Here's something not so amazing: So are the Boston Red Sox.

Which is apparently Boston's own little nickname for the yard at Chavez Ravine.

If the World Series hadn't turned already, it definitely did when Boston got into the LA bullpen in Game 4's seventh inning, after Yasiel Puig launched this 3-run bomb in the sixth:

Lefty Rich Hill had handcuffed Alex Cora's lineup until then, but after dude opened the frame by walking Xander Bogaerts and fanning Eduardo Núñez, Dodger manager Dave Roberts trotted to the mound.

That's where accounts get a little hazy.

How does such a pivotal moment in a World Series get so messed up?

It was then followed by Roberts' fog of thinking.

This hasn't exactly been reliever Ryan Madson's time to shine. Dude's allowed every runner he's inherited in the Series to score -- five of five coming into this appearance -- but Roberts apparently felt this game would be different.

This, of course, brought on the overused Kenley Jansen, who's had a bad habit lately of serving up gopher balls.

Unheralded hero Steve Pearce was fine with that.

Steve Pearce goes yard to tie the game in the 8th! pic.twitter.com/Nk62gKCTxf

The 9-6 final was academic after that, for all intents and purposes.

The BoSox have their act together.