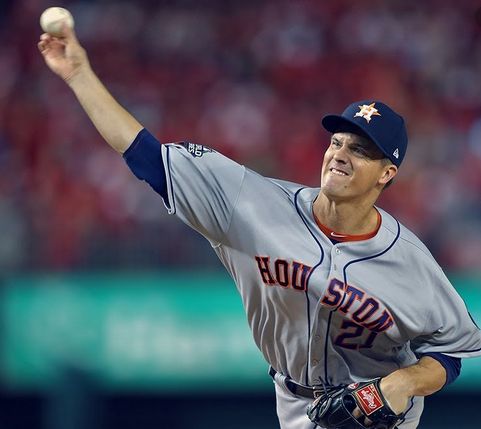 When viewed in the cold light of harsh reality, it doesn't really matter when you win in a seven-game series.

It only matters that your team's the one that wins four of them.

All the histrionics about win progressions are nothing but perspective and what they do to a team's mentality, a fan base's emotions, and a betting dude's sanity.

With that in mind, the Houston Astros are on the board.

Dudes posted a 47-34 record on the road during the regular season, and they provided an example why in Game 3 with their 4-1 victory over Washington in the nation's capital.

The irrepressible José Altuve drilled a pair of doubles -- scoring both times -- and Zack Greinke kept doing Houdini impressions as the 'Stros took an early lead, held on for dear life, and locked it all down in the late innings:

The telltale stat was how Houston's pitching staff performed when the rubber met the road.

Washington batters went 0-for-10 with runners in scoring position.

In essence, that's the gist of it.

Greinke had the sorta 4⅔-inning outing that woulda tickled the left cockle of a slalom skier's heart.

When those dudes compete, the rules say that if they miss a gate -- any gate -- they're eliminated. So, just consider Greinke as Houston's version Ingemar Stenmark.

In each of his four innings when he was in danger, Greinke wove around Nationals:

Well, it floored the Nationals, and after all that ducking and dodging, they never got up.