While MLB Has Bubble Struggles, Japan Readies for Fans in Stands 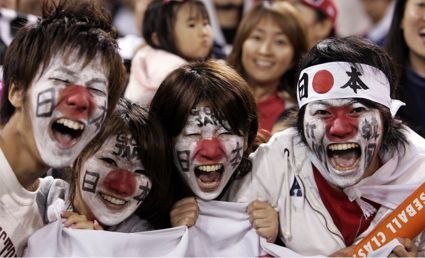 Washington Nationals reliever Sean Doolittle had a point about pro sports being a divertissement a society earns.

A month into the Nippon Professional Baseball season -- second only to MLB in terms of quality -- it's so far, so good for the game, and its followers are about to partake of the spoils in reward for their discipline.

A week-and-change before MLB even gets started, there's still legitimate speculation as to whether its 60-game season will even be completed.

This coming weekend, Japanese teams have the green light to allow some fans into stadiums. The limit will be 5000 or 50% of capacity, whichever is smaller.

At the same time, there are still some MLB teams that are having to cancel pre-season practices due to delayed test results.

As a matter of perspective ...

It was 9 Mar when the NPB decided to shut down and push Opening Day back while Japan coped with getting a handle on the virus. The nation had recorded 502 cases at the time.

MLB called a halt on 12 Mar, as America had just passed the 1000-mark for recorded cases.

Since then, the divergence has become mortifying: Not to mention sympathy for the death and debilitation it reflects.

Baseball still holds fast to its traditional description as America's national pastime, a now-dubious claim by most measurable terms. Japan, though, can boast that 20% of its population -- 27million fans -- avidly follows the game.

This obviously isn't a key reason why they formed a unified front to mitigate the pandemic, but it's a just reward for their discipline, one that a hella lotta fans in the USA would like to have.

Assembling a relatively sealed bubble is hard enough without similar actions occuring in public across the entire nation. It's why players still have raised eyebrows about the whole thing.

As team sports go, baseball's fairly well-positioned for social distancing, but their bubble's a moving object that'll take them into raging hotspots like Florida, Texas, Georgia, and who knows where else as the summer rolls on.

It's inevitable that the inherent risks of this scenario have and will cause some players to opt out, just as it is that positive tests will be a factor all season and post-season long. The element of doubt is such that Canada doesn't yet trust American-based teams to come to Toronto.

Baseball's got enough occupational hazards of its own to contend with during the course of a season.

Now, it's gotta cope with taking on more risk by playing in a country that can't get its act together on a virus that demands its full attention.

Japan sorted it out enough to keep moving forward. MLB, despite its own efforts, is still waiting.