We've Just Witnessed the Birth of the Intentional Balk 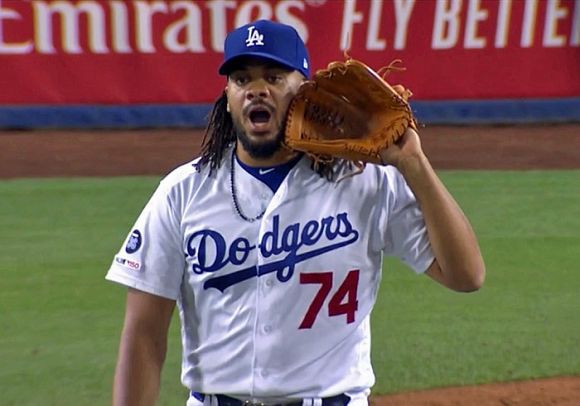 You'll very likely remember where you were when the revolution officially began.

Of course, we're referring to the genesis of the intentional balk, which is clearly going to change the sport of baseball in a deep and profound way.

History will record Dodgers closer Kenley Jansen as the father of this unusual play, with the Chicago Cubs on the receiving end.

Apparently, Jansen collaborated with bench coach Bob Geren on this paradigm-changing action, so we will call him the mother.

You're probably wondering what such a play even looks like.

Well, you've been patient, so here it is:

That was well done, sir.

While not exactly a sexy play, the genius would be in its simplicity.

With a two-run lead, it didn't matter if the Cubs' Jason Heyward was standing on second or third base, so why not eliminate the possibility of sign stealing and other such shenanigans.

Indeed, this brilliant gambit could become in vogue around MLB when the occasion calls for it.

Unfortunately for Jansen, the intentional balk couldn't save him the following night:

Ironically enough, an intentional walk there would've been a better idea than throwing that get me over fastball to Anthony Rizzo, even with a runner on first.