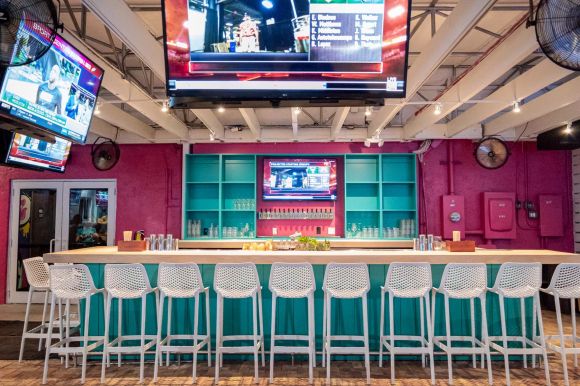 And today, it's gonna be a bitta both.

Irony continues to reign supreme in 2020, and here comes the latest instance of instances.

A milestone in sports equinoxes is about to be unleashed on deserving fans all over the continent in waves that are almost too much to handle.

Especially because they won't be there to see it.

The Covid-19 lockdown won't even allow those in right-thinking locales to wander down to a mega-screen sports bar to take in the experience in afar.

Bummer, because thanks to the rearranged seasons and all, it's gonna be a jam-packed day of sporting wet dreams come to life all at once:

Enjoy today: Its the 20th sports equinox in history (where NFL, NBA, NHL, MLB all have games on the same day) and we could get up to SIX MORE in September alone. pic.twitter.com/ZVyeYdcUpM

For starters, just feast your eyes on this sample slate of national TV offerings, listed in order of start times:

There it is, ten different sports being played on the same day, and that's a Thursday.

The full count is impressive, interspersed with serious stakes in the outcome, too:

The only cornucopia of concentrated athletic action that comes close to this sorta thing happened back in a pandemic-free 2018, when Los Angeles had a super-equinox all to itself.

It's the sheer volume of events across ten sports that makes this one special, and while we have the lockdown to thank for making it possible, we also have it to curse for denying us its full visceral impact.

And as if that's not hard enough to take, this news happens:

"We are very sad to hear of the passing of Dame Diana Rigg, the legendary stage and screen actress who was much beloved by Bond fans for her memorable performance as Tracy di Vicenzo in On Her Majesty’s Secret Service, the only woman to have married James Bond." pic.twitter.com/nqQCSg35oM

It's just that kinda day.