Published on 5-Aug-2015 by Perry Rosenbaum 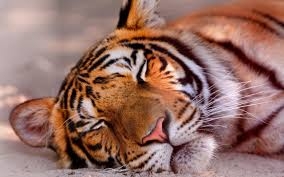 It stands to reason the same is true for dominant baseball teams.

The return for both players was impressive enough, but it sent out a clear signal: the Tigers are shooting for the future at the expense of the present.

The second shot across the bow came earlier today, when owner Mike Ilitch announced that he had released GM Dave Dombrowski from the remainder of his contract. Assistant GM Al Avila will assume the position for the interim.

Perhaps the exact reasons aren't clear, but it isn’t very surprising that Dombrowski was let go.

At least Verlander had the mojo when he and Kate Upton met:

Maybe dude's lost a little velocity, but he's still got the touch:

Perhaps the last point listed was the final straw.

Dombrowski traded for chucking prospects from Toronto. If the Blue Jays had any, they wouldn't have kept a revolving door between TO and Buffalo. And Detroit just called up one of them -- Matt Boyd -- who was lit up by the lowly Red Sox in record-breaking fashion.

This departure comes in the wake of a 14-year stint where Dombrowski took the Tigers from utter mediocrity -- remember that 119-loss team in 2003? Ramón Santiago is spinning in his grave -- to perennial World Series favorites. Even though they will likely miss the playoffs this season, his track record is proven.

Dombrowski’s the man responsible for:

Few GMs would've been able to trade the massive contract of the equally gigantic Prince Fielder after his down year in 2013. Not only did Dombrowski manage to do it, he got a fair return. Ian Kinsler has been an integral part of the team’s offense and defense since coming over, while Fielder is bouncing back from a lost 2014.

Here's a typical reaction after that trade happened:

Don’t cry for Dombrowski. He’s a smart man and a brilliant baseball mind. If he can survive toiling under both Ilitch and notorious scumbag Jeffrey Loria, he can do just about anything.