This Week in MLB Trolling: The Neil Diamond Edition 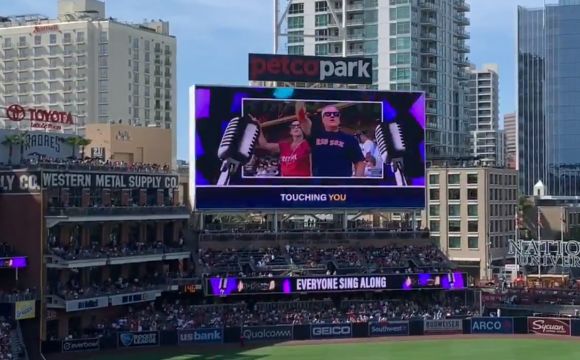 The San Diego Padres aren't exactly known for their rabid fan base or home-field advantage.

However, the Boston Red Sox have a notoriously devoted following, similar to the Cubs, Cardinals, and Yankees in that they have fans in every MLB city.

So when the Sox visited the Whale's Vagina this past weekend to enjoy some perfect weather and play a little baseball, they were well-represented at Petco Park.

The Padres were hospitable to a fault, even attempting to simulate the Fenway experience by cranking up the Sweet Caroline in the eighth inning.

The Padres aren't even trying to pretend like they have a home crowd. The karaoke song in the middle of the eighth is Sweet Caroline.

Ah, but this was mere window dressing to distract from the troll lurking in the shadows.

Well, it's a pretty standard bait-&-switch that replaces something expected with the seminal Rick Astley Never Gonna Give You Up video from 1987.

And it's never not funny.

See, even Neil seems pleased, and his song was victimized.

Of course, there's always a few rotten apples that spoil the bunch.

That Hitler is such a wet blanket.