Published on 2-Sep-2020 by Alan Adamsson 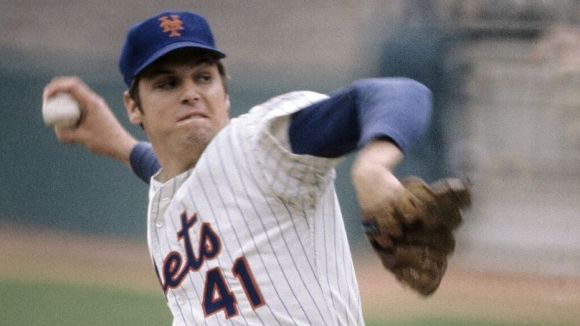 It's the lasting line in Field of Dreams ...

If you build it, they will come.

The National League built the New York Metropolitan Baseball Club for a number of reasons, none of which were as idealistic as Kevin Costner's backyard ballfield in Iowa:

The club immediately became a legend in its own sorta way:

It's with this backdrop that a homegrown hurler became the franchise savior.

This is why even the trademark court declared there's only one Tom Terrific, and in his prime, he played for the Mets.

The term superstar has been so watered down anymore that it's virtually lost its meaning. Back when it first originated, it referred to those who transcended their field of expertise to the point that everybody recognized their name.

Tom Seaver was a bonafide superstar.

Dude did amazing things for the Amazins', not the least of whic were:

Bill James, godfather of the seamhead stat industry, is by definition the antithesis of hyperbole.

Thus, his assessment of Seaver's career in 2001's Historical Baseball Abstract is even more impressive in that his plaudits for the Mets legend were framed in the harsh light of cold reality:

There is actually a good argument that Tom Seaver should be regarded as the greatest pitcher of all time ...

Seaver pitched for eight losing teams, several of them really terrible, and four other teams [that] had losing records except when Seaver was on the mound.

Now that MLB's planning on scheduling a game a year in Iowa at the Field of Dreams, who knows?

Maybe some magic will happen and the likes of Seaver will emerge from the corn stalks, too ...

One can only hope.