The Impulsive Angel Hernández is Already in Mid-Season Form 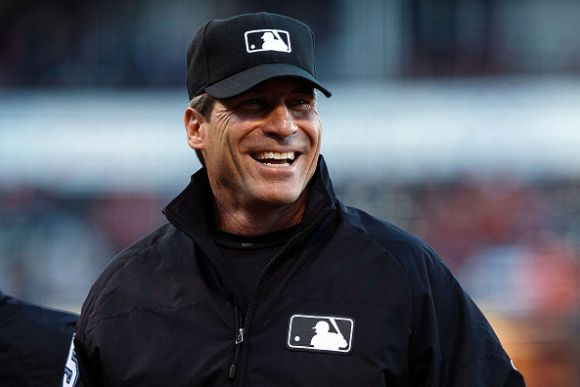 While many folks begin to mellow with age, Ángel Hernández just seems to grow more bitter as the years advance.

The extremely unpopular MLB veteran umpire doesn't appear to distinguish Spring Training from the regular season, displaying his trademark pissy attitude whether the outcome of the game matters or not.

Hernández was working the plate recently during an Astros-Cardinals split-squad game when his hook started to get a little itchy.

As a result, Houston manager AJ Hinch was ejected from this pointless exhibition game in the first inning while still in his dugout.

If you don't believe us, here's some raw footage captured for posterity.

AJ Hinch had a disagreement with Angel Hernandez early in this one.#astros

While it's forbidden to argue balls and strikes, Ángel could've maybe shown some restraint.

Besides, his strike zone is egregiously inconsistent, a fact that even children can easily decipher.

Hinch had taken exception to the strike zone in the top of the first, so when the Cards got a called strike in the bottom of the frame, he objected strenuously.

A.J. Hinch was ejected one pitch into tonight's game. Unclear why (no TV feed in here). He barked in the face of the HP umpire, spent minutes arguing, had to be restrained by a coach and George Springer, got tossed, then slowly walked to the left field exit to make a spectacle

🎥👀AJ Hinch has some things to say about the incident with Angel Hernandez that got him ejected from the game today: pic.twitter.com/1JAyJojkvI

More Hinch on his argument with Angel Hernandez and being ejected pic.twitter.com/4jyftYPAwH

Hmmm, it appears that Hernández has gifted himself four mulligans per game.

Apparently, on this particular day he decided to take all four of them in the first inning.

Anyway, make sure to look for our avenging Ángel behind home plate at a ballpark near you.

Even Joe West is somewhere pulling his cowboy hat over his eyes in disgust.