Cowboy Joe West is Having a Rough Week on the Range 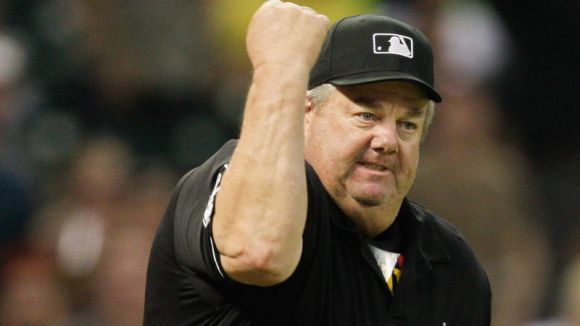 OG Joe West could sure use a nap.

The veteran umpire has been even crankier than usual recently, tossing players left and right like it's an involuntary bodily function.

One notch on his cowboy buckle was Chicago White Sox shortstop Tim Anderson, who rendered his opinion on West after being tossed earlier that evening.

At a recent game involving the Dodgers and Diamondbacks, Joe decided to start bitching before the action even began by giving the production crew a hard time about their camera location.

Brenly's partner made a reference to Joe West having fun with the camera people, but if history is any guide, we know that's just not possible.

Cowboy Joe is now second on the list for most games umped in MLB history, but he has to hang up the old spurs eventually.

We can only hope.