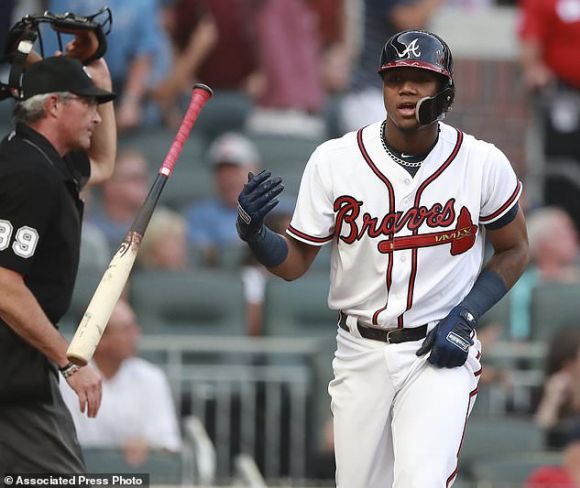 It goes without saying that Ronald Ocuña Jr is really good at this whole baseball thing.

However, he also seems to have a flair for intrigue, as many of his exploits are practically soaked in drama.

Oh, and he can be rather stylish as well, particularly regarding the bat flip.

Have a look at this game-tying two-run blast from our young friend:

While the homer was darn impressive, the reaction to said homer was glorious:

brb gonna watch this on repeat for a few days pic.twitter.com/HalnWpJUmR

Dude just tossed his stick aside with such disdain.

Of course, Ocuña is well-versed in the bat flipping arts and sciences, as many have discovered.

That one may actually be the more disrespectful of the two.

As you may have gathered, this was a grudge homer.

Yep, the first pitch of the game.