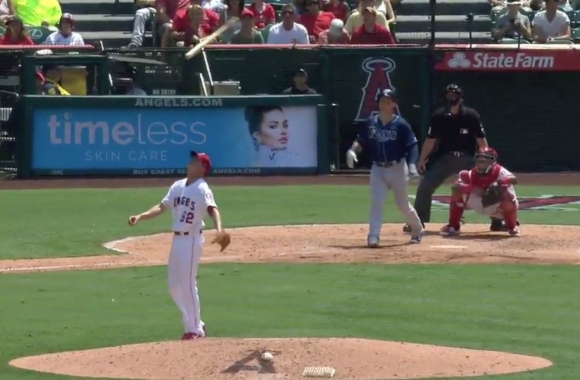 Well, it appears Logan Morrison has submitted his entry for MLB bat flip of the year.

This particular installment looks to be worthy of strong consideration.

The Tampa Bay Rays first baseman has revived his once sluggish career this season, currently sitting on 26 homers.

He decided to punctuate the last one with this work of art.

It would probably be wise not to stare at that for very long, as its beauty is quite overwhelming.

Of course, every single bat flip from here until the end of time will forever be measured against Jose Bautista's playoff bat flip from back in 2015.

That remains the template for all future bat flips. In North America, at least.

A quality bat flip should combine joy and hostility in equal measure, with bonus points awarded for offending the opposition.

While LoMo certainly had the distance, he didn't seem particularly angry.

Unless it was his Home Run derby snub.

Since we're on the subject, let's enjoy a lovely bat flip compilation.