Tanner Roark Just Got Traded at an Arby's 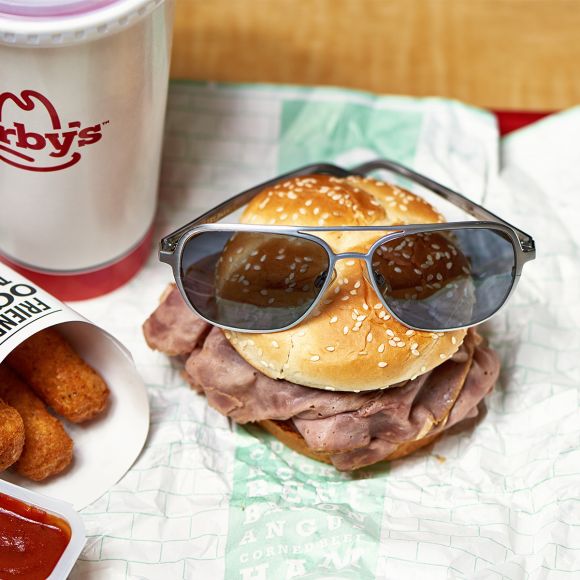 The MLB trade deadline is an interesting time for fans and media alike, but the players themselves are really put through the ringer.

This tension-soaked meatgrinder also features some pretty weird shit on occasion, and the 2019 edition was no exception.

Take the curious case of Tanner Roark, who used to pitch for the Cincinnati Reds until very recently.

Our good buddy was driving to Atlanta for the Reds' next series when he stopped off for some Arby's.

We can't confirm the identity of that fella, but Roark was just as hungry, reportedly ordering a beef and cheddar with a side of curly fries.

And there's not one damn thing wrong with that.

Anyway, Roark was informed of this news in the midst of his fast food bliss.

Tanner Roark learned of his trade in an @arbys parking lot. He wanted a beef and cheddar (and curly fries). He was driving to Atlanta, where he lives in the off-season. @JonHeyman approves. He will not be driving to Oakland

No, the brand new A probably won't be driving to Oakland, but at least he was able to enjoy his delicious, piping hot Arby's.

We assume he did, although the fast food behemoth seemed pretty concerned about the whole thing.

We don't have many restaurants in Oakland, so we hope he was able to finish his Beef 'n Cheddar before heading out.

Of course, let's not confuse the actual Arby's with Nihilist Arby's, which is a completely different entity and a bit more fatalistic.

Sometimes the things we’ve done or failed to do catch up with us all at once and we reflect brutally on our lies, our shortcomings, our shoddy parenting, our lack of ambition & the ultimate meaningless of this one fleeting bit of sentience we’ve been forced into.