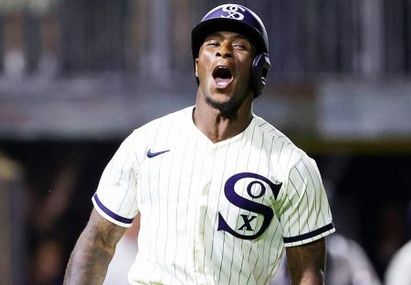 Talk about living the dream.

It wasn't exactly fiction becoming fact when the Chicago White Sox and New York Yankees journeyed to a famous cornfield outside of Dyersville, Iowa. However, they definitely rose to the occasion with a game for the ages featuring a dramatic conclusion that good fiction just couldn't have made up.

MLB built the stands where the character of James Earl Jones had pointed decades ago where key scenes from Field of Dreams were filmed.

Fans had been coming to this setting for 30 years, paying tribute to a modern-day cinematic classic. This time, though, they came to see MLB pay its own tribute, morphing fiction into fact:

What a moment! All that seemed to be missing was John Kinsella and Moonlight Graham.

On the other hand, at the end of a game that featured cowhide finding cornfield early and often, Tim Anderson wasn't missing.

Not just a walkoff, a come from behind dinger that added another footnote to this historic event:

Tim Anderson: Fifteenth walkoff homer ever hit by White Sox against the Yankees.

No wonder the ghosts of players past chose this farmland in northeastern Iowa -- a four-hour drive from Chicago -- to reconvene. The ball travels almost as far as the players did.

There were eight blasts in all, with titans Giancarlo Stanton and Aaron Judge grabbing the theatrics with a pair of two-run bombs in the top of the ninth to take what looked to be a storybook comeback for the Yankees.

While a four-run, deficit-clearing half-inning is quite a development in itself, Anderson still topped it with his sorta Yankee-killing tribute to Shoeless Joe himself.

When Canadian author WP Kinsella wrote the novel that ultimately became the movie, he was actually looking beyond the game, weaving a few of its minor facts into a prose that celebrated a reality that can exist for those who are inspired to follow wherever their dreams may take them.

For Anderson and his fellow ChiSox, it was to the first-ever MLB game in the Hawkeye State and a dramatic 9-8 victory:

There's absolutely zero doubt a tradition has been born.

With even less doubt that MLB will make the most of it.

And why wouldn't they? This was as awesome as a regular-season game in the middle of August can get.