Ned Yost Is Basically a Managerial Lawn Ornament These Days 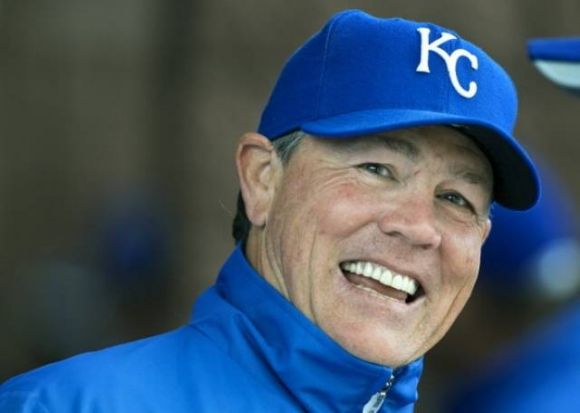 Well, it was bound to happen sooner or later, but the Kansas City Royals appear to have removed Ned Yost from the loop completely.

In fact, his managerial title seems to be nothing more than an emeritus position at this point.

In a deal that was confirmed just last night, the Royals sent catcher Martin Maldonado to the Chicago Cubs in exchange for lefty Mike Montgomery.

Of course, Maldonado was pulled from the Royals' game against the White Sox because he no longer belonged to the Royals organization.

After the game, Yost provided the assembled media with a detailed explanation as only a talking garden gnome can:

Yost on Junis' dominant slider against the #WhiteSox: "His slider was good. He was backdooring it. He was back footing it... Ten punch outs, he did a great job." #AlwaysRoyal pic.twitter.com/5QPlOocd8H

Now there's the wit and charm we've come to expect from the 2015 World Series winning manager and noted bee enthusiast.

Yep, old Ned may have rhythm, but he's apparently not being consulted on trades or anything at all, really.

There was an awful lot of befuddlement during that portion of the questioning, but the money quote would have to be I don't have any idea about nothing.

Indeed, the 64-year old Yost appears to be nothing more than a uniformed mascot now, desperately clinging to his Old School baseball ethos.