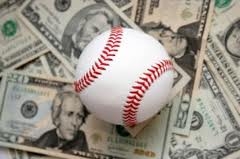 The All-Star break occurs slightly after the actual halfway point of the season, which is ample time to take accurate note of how teams are trending.

For example, this is a perfect time to check on the status of Bovada's season win total props.

Here's where they stand, complete with what is required over the balance of the season for each to cover the chalk:

Teams looking to cruise their way to covering would be those who need merely to win out at a pace of .425 or worse. This group includes the Red Sox, Orioles, Indians, Twins, Athletics, and Astros (!) in the American League.

Over in the senior circuit, the teams most likely to cover include the Marlins (!), Cardinals, Pirates, and Rockies.

Meanwhile, any team needing a winning clip of .600 or better is on life support in the prop world. Only a run like the A's had in 2002 or the Rockies in 2007 will put their backers at the payout window.

Naturally, such figures and projections give rise to random thoughts like these:

Other storylines abound. Boston's back. San Francisco's creaky. Buck Showalter's now winning with a fourth team. Yasiel Puig's start makes him this year's Jay Bruce, but since it's happening in Los Angeles, he gets more notice.

While all this is easy to say now, here's a statement that's even easier to make:

Back before the 2013 season began, those who dared won. Or will do so soon.