Is It Time to Add a Pitch Clock to MLB? 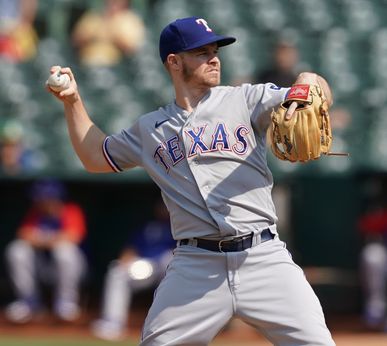 One of the most amazing records in a sport that has a veritable shipload of them is this:

However, it should come with an asterisk if baseball ever decides to use them.

That's because the Giants and Phils agreed before the game to play the fastest MLB game ever.

In modern times, when MLB games were played in living color, the fastest games usually happened when a pair of pitchers were in the zone, literally and figuratively. For some reason, the Chicago White Sox have had a knack for this:

Those all had the home teams winning, so there was no bottom of the ninth. With that qualifier, the other Chicago nine and San Francisco Giants needed only 1:56 in 2009 to wrap it all up when Carlos Zambrano outdueled Tim Lincecum.

As time marched on, though, quick games have been the exception rather than the rule, and in the era of big-money sports and three-hour broadcast time slots, the suits in MLB's Manhattan offices have become concerned about pace of play.

In one sense, it's still heavy, right-on, and solid that baseball is the only major team sport that isn't dictated by a clock.

It's just a very different sorta game, and that's part of what makes it so unique.

The game's purists like it that way and are repulsed by Rob Manfred & Co looking for ways to dick with its very nature.

However, no one can argue that the players themselves have changed the game in very subtle ways. For example:

As such, a growing number of purists are starting to grudgingly admit that something's gotta be done.

In a game obsessed with numbers, it's hard to argue these: Granted, that's a lotta extra opportunity to hit the concessions stand and/or place a prop bet or two, but it's also offering more chances to tune out.

And it's obvious by now that Manfred's attempts to date haven't put much of a dent in this trend:

So the next most palatable solution is to put pitchers on the clock.

MLB's used a few of the minor leagues as lab rats for some of their ideas. Most have been wacky, but one does appear to show positive results that don't significantly interfere with the fiber of the game.

However, down in the Low-A California League, they've been using a 15-second pitch clock since 1 June, and the results have been impressive:

The latter could easily be explained by players getting into a rhythm and keeping it, kinda like Old School days.

It's a rare occurrence when both MLB and the MLB Players' Association takes the same outlook right outta the gate, but rumor has it that it's happening on this subject because of the California League's data.

If so, it's likely the DH coming to the National League is gonna take up all the off-season oxygen this fall and winter, but the pitch clock could be the real game-changer.

Even the purists might be inclined to opine that it'd be a change for the better.

Come to think of it, so might the bettors.