Published on 1-Sep-2021 by Alan Adamsson 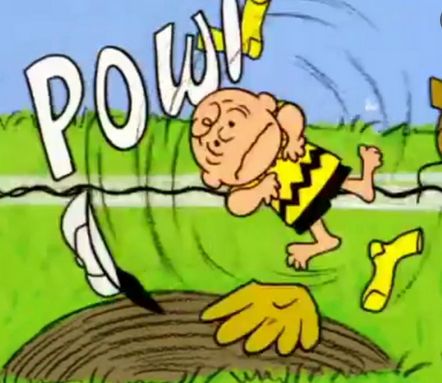 If there's one fundamental premise that's become obvious over the course of 13.8billion years, it's this:

Don't dick with the laws of the universe.

This includes geometry. While it may have blew up a few GPAs along the way, it's really an amazing set of definitions for the natural order of things.

Hell, even the ancient Egyptians realized the value of geometry, and no one had even invented true numbers yet.

Dudes even came up with the Pythagorean Theorem before Pythogoras did.

So why in the name of the Chicago White Stockings is MLB trying to disrupt galactic harmony?

Other than the possibility of proving that Rob Manfred is Bud Selig's revenge for everybody hating on Bud Selig when he was baseball's commish.

Believers in that theory include most of the players in the independent Atlantic League.

Long considered the apex circuit of Indy Ball, the Atlantic is now in danger of becoming MLB's bitch.

Far from potentially screwing with their own minor league players' health, MLB has contracted with the Atlantic to experiment with some of the game's rules changes they want to ponder.

As do all sports, baseball considers itself to be a game of inches. Therefore, if they bundle together 12 of them, maybe it'll make a major difference in how the game is played.

So why not tell the Atlantic League to push the mound back one foot from its mathematically ordained 60ft 6in?

Whichever bright lights MLB employ to come up with brain-dead ideas because they've got nothing else to do except channel their inner vandalism figured that a 12in relocation would reduce the number of three true outcome hitters.

This flies in the fact of what baseball realized in 1893:

The mound's natural location is at the midpoint of a square.

In baseball's case, of course, that square is tilted, so it's called a diamond, and the intersection of the latitude and longitude of a diamond with 90ft sides, that midpoint is 60ft 6in.

But MLB has no respect for the natural order of things. Their philosophy is somewhat more subjective.

Worse, MLB mandated that the mound move should occur in mid-season.

Data-wise, here are the results to date:

In short, why bother?

And the players involved? As far as the MLB and Atlantic are concerned, they're not unionized, so who cares?

Weird things have been happening in the Atlantic since they entered into this Faustian agreement with MLB. For example, consider that they actually had a manager ejected from a game for arguing balls and strikes with a robo ump.

Baseball is the only major team sport in North America that doesn't need a clock to dictate playing time. If that isn't evidence enough that all is in accord with the universe, what is?

If Manfred & Co keep trying to resist, the entire world will be in peril. It's up to those who love the game to prevail before it's too late.

What're the odds those stones were 90ft apart?

For over a century, baseball has learned that 90ft bases create bang-bang plays and 60ft-6in mounds enable pitches that break just right and hitters to still catch up with 100mph heaters.

The game's dimensions don't need to change. The players' approach to operating within them does. There's no need to risk the careers of the less privileged players to realize this. There's no way they should be put in that position.

Even the ancient Egyptians could understand that.