Giants Diary: Come for the Thrills, Stay for the Gossip 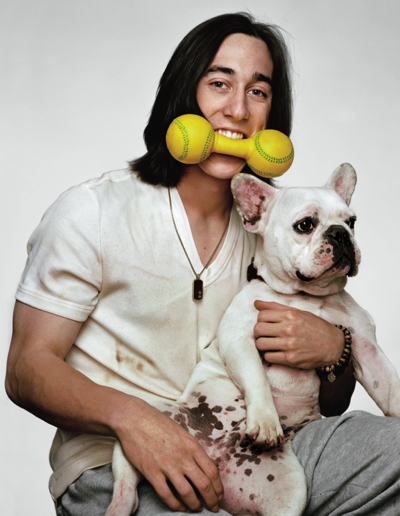 I hear tell that just because the Giants are out of playoff contention, interest in reading my erudite Giants posts may wane.

What do you expect a poor Giants blogger to do? Write about football? Yuck!

In baseball, as in life in general, there are the successful and the unsuccessful. Apart from the exciting and rewarding world of baseball playoff contenders, there are still oodles of fun and interesting tales yet to tell.

Giants fans can revel in the little day-to-day dramas like:

So, even though the playoff ship has sailed without the Orange & Black in 2013, an entirely rich and invigorating existence will continue to keep readers glued to this feature for all the fascinating facts and off-season updates, figures and gossip to come.

Thus freed from the stresses and strains of the playoff fast lane, G-fans -- other than contemplating their navels -- can take pride in the professionalism displayed by their club before, during, and after each and every one of the schedule's remaining games.

These thrills and spills include the recent hard-fought duel of last place franchises, like two stray dogs fighting over a lonely bone, that took place between the Marlins and Giants in the Sunshine State. Those two teams fought tooth and nail, as evidenced by the Panda's reckless headfirst slide into first.

Gamblers can still clean up or lose their shirt just as well on the non-marque contests as those of the World Series. And after the season, G-fans can tune in to this feature for speculation-fests to come.

Rest assured, it will be replete with entertaining and useful considerations like just how many separate hairs are in Pablo Sandoval's mohawk?