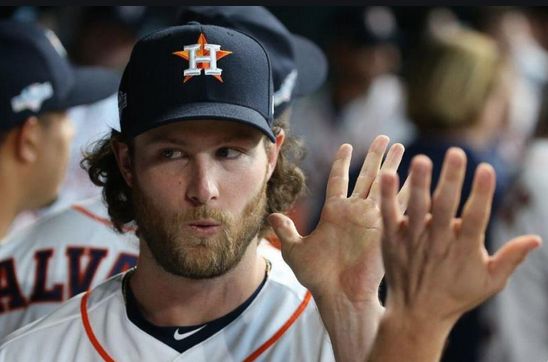 At this point, do the actual numbers on MLB mega-contracts even matter anymore?

Suffice to say that Gerrit Cole is cool to shop at Safeway -- and anywhere else dude damn well pleases -- for years to come.

His nine-year, $324million deal with the New York Yankees will see to that.

With this signing happening so quickly after Stephen Strasburg's deal with Washington, it's clear that super-agent Scott Boras is in total control of the free agency chessboard.

As if there was ever any doubt.

Talk about the economics of scale being concentrated in one talented slinger ...

With his reported nine-year, $324 million contract, Gerrit Cole will be making:

Sorta brings back memories of the Evil Empire Yankees under the command of Darth Steinbrenner.

Those were the days when they could and would win championships by brute financial force.

As the Cole signing verifies yet again, if the Bronx Bombers think splashing out mega-dosh is what they've gotta do, then that's what they're gonna do.

It's in their DNA, going all the way back to when they were the Highlanders.

What makes them so effective in this day and age is how GM Brian Cashman manages those acquisitions and still puts a solid team around them.

"Our intent is to be a strong participant and then be comfortable putting our head on on our pillows when it's all said and done. If it turns out to be us, we will feel good about improving our club in that direction. ...

Turns out that Cashman may have had an inside track to Cole all along.

The Yankees were his favorite team when he was growing up, and his parents made sure he got to see a few of their games in person. With that sorta devotion, it must've been tough for Cole to turn them down when they drafted him outta high school.

Safe to say, though, dude's three years at UCLA proved to be a wise decision. Not everyone gets to be the first overall draft choice (2011) and finds a baseball-savvy wife in the process. Dude's livin' large, and now the Yankees expect him to live even larger.

They're convinced Cole just gave them the inside track to a World Series title or two in the near future, and there's enough data to support their contention.

Now, as with all sports, all that's left is for them to prove it.