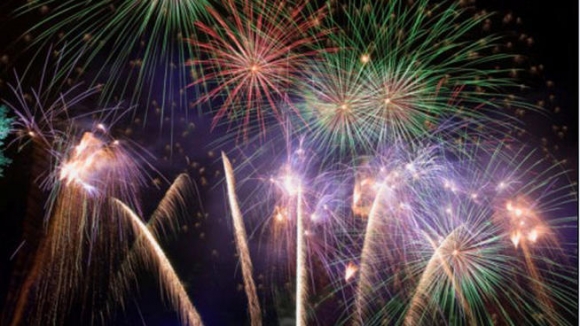 Independence Day in the USA is the unofficial midway point of the baseball season.

And to start, the American League East is upside down.

The World Series champion Boston Red Sox have struggled all season, and at 38-47, they are eight games out of first place. Boston has been hit by the injury bug. Withe the exception of Jake Peavy, the pitching has been decent, but the Red Sox are not hitting at all, especially with runners in scoring position.

Could this be due to daylight or any other gripe that David Otiz have at the moment, or could it possibly be the fact that they're just not performing? And yes, that's a rhetorical question.

Boston started an outfield of Brock Holt, Mookie Betts, and Jonny Gomes yesterday. If they must continue to play that outfield, the Red Sox will not get a chance to defend their title.

Tampa Bay was supposed to contend in the AL East, but the Rays are 38-50 and in big trouble. They, too, have have been hit by the injury bug and may become sellers at the trading deadline.

Right now, Baltimore and Toronto are ahead of the pack and could stay there. The Orioles have lost star catcher Matt Wieters for the seson, but Nelson Cruz has been a solid addition to this team. And to think nobody wanted to toss back a draft choice for this dude!

If Baltimore's pitching holds up, they may have a shot to win the division. Toronto has slipped a bit lately, but with pitchers Mark Buehrle and RJ Dickey, the Jays should stay in the race all year. If they do, it will definitely justify their end of that blockbuster trade they made with Miami last season. Their return on it was hampered last year by injuries.

That leaves the New York Yankees and their embarassing 42-42 record in spite of their off-the-chart payroll.

Masahiro Tanaka has been the savior of the season for New York, and he's come with a $155million price tag. Brian Cashman also spent money on Carlos Beltran ($45million), Brian McCann ($85million), and Jacoby Ellsbury ($153million). Beltran is batting .222, McCann .224, and Ellsbury .284. Add to that the declining contracts of injury-riddled CC Sabathia and Mark Teixeira, and Cashman has some more work to do. He said he's ready to "rock and roll" as the trade deadling looms. However, it seems easier for him to just go 'easy listening' and sign players during winter with the Yankees' money instead of making trades that will help them right now.

The Bombers' and BoSox's travails have been food for thought for a while, now:

So what do the odds say will happen this summer?

The Yankees will stay close in a medicore division, and the Orioles look like they can stay in the race with Buck Showalter running the show. Toronto usually fades around this time, but they think they can contend. As for the Red Sox and Rays, they have a lot of ground to make up in a short period of time.

All this should keep the turnstiles churning through September.