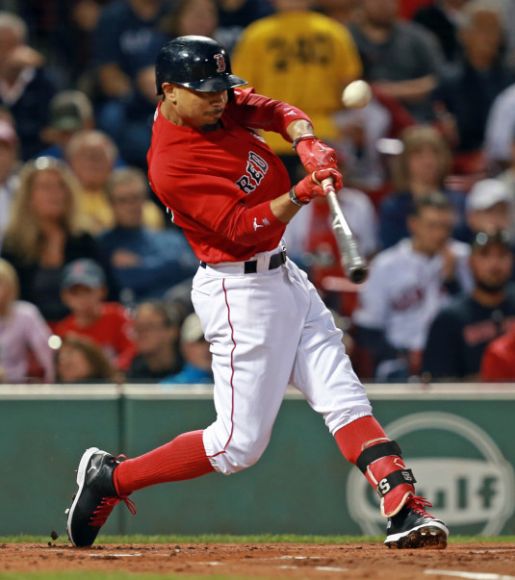 Baseball's so-called list of records that will never be broken has a few feats that will likely live up to that billing:

There are even more hitting records on the list, but these days, who believes any of them are actually outta reach?

Right, because dudes at the dish are digging in more than ever before.

Except maybe in 1930, when for a few reasons, MLB's baseballs were definitely hitter friendly.

The most amazing stat of all that season had to be that no pitchers were killed by line drives.

MLB's Lords of the Realm knew what they were doing then, just like they know what they've done now.

OK, they've pinned the jacked-up ball on Rawlings, but who really believes they weren't behind it?

Isn't this getting a bit ridiculous?

Bombs in abundance are clearly the 2019 season's signature theme.

Incidentally, Goldschmidt had his three-dinger game earlier in the season.

Gotta wonder how breakable achievements like these have become:

Who knows? Maybe some singles machine Pete Rose 2.0 is on the way up somewhere and will challenge Ty Cobb's career .367 average, as if that stat means anything anymore.

It sure the hell is.

Especially with the probability of more Trouts and Bellingers on the way.

After the 1930 experience, MLB's captains of industry felt some sorta sense of decency and did a HAL9000-like nut-cutting on the ball.

In this era, nobody's showing the same inclination, and it doesn't look like anyone will anytime soon.