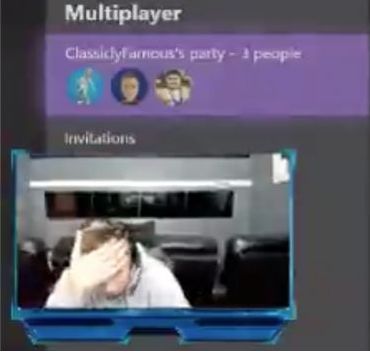 The rise of technology continues to produce the surreal, like when a professional athlete responds in real time to a trade involving a teammate during a Twitch livestream.

Yes, this is indeed a thing that happens these days, as Blake Snell showed us recently.

The Tampa Bay Rays pitcher learned of the Tommy Pham trade in the midst of gaming, and gave us his uncensored opinion on the subject:

Blake Snell is not happy with the trade 🤣 pic.twitter.com/kSwu1WZcyV

Now that's the type of penetrating insight we could use on the major networks.

The 2018 AL Cy Young Award winner also gifted us with the term slapdick, which should probably earn him another award of some sort.

Xavier Edwards would be the dude in question, who just happens to be a pretty highly regarded infield prospect in the San Diego Padres farm system.

Of course, he's now a brand new Ray, along with outfielder Hunter Renfroe, who Snell didn't choose to idenify as a slapdick.

It turns out that our brutally honest pal was just surprised at the sudden loss of his good buddy and quality outfielder Pham, which he explained after the fact.

In addition, Snell attempted to bring the funny in an effort to diffuse the situation:

That's a gold star for you, Logan.