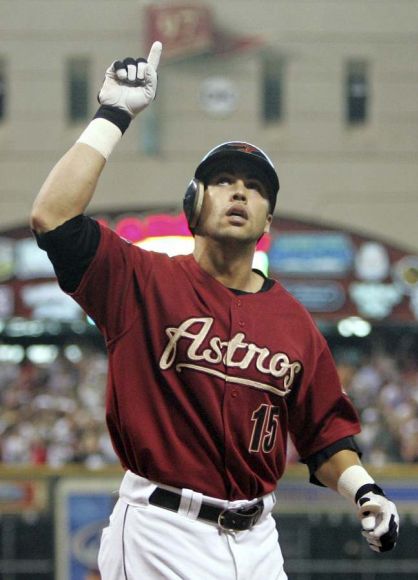 For as illustrious as his playing career was, just possibly the most infamous pitch Carlos Beltrán ever took came in Game 7 of the 2006 National League Championship Series:

Dude was facing a rookie who'd been pressed into closing duty, a tall righty Adam Wainwright who was building a reputation for his killer curve:

Wainwright's since gone on to break scores of knees with that nasty 12-to-6er, but Beltrán's freeze on that pitch has become an eternally lasting moment.

Looking back, wouldn't it be weird if he's occasionally wondered what woulda happened if he knew that pitch was coming?

Well, for one reason or another, he did it.

And now, Beltrán's been dismissed as the Mets' new manager before he even got to be the new Mets manager.

It's a key point that Beltrán was a player, and as such, he's not being suspended because MLB didn't have any policies in place to do so under those circumstances and hadn't reached any agreements with the Players' Association.

But dude was the only player mentioned in the report. It was done so subtly, but the mere fact he's in there is a sure indication that he played a prominent role in the cheating process.

The Mets have an uncanny ability to botch damn near anything, and despite GM Brady van Wagenen going all pretzel logic in rationalizing this situation, they painted themselves into a corner due to their lack of curiosity.

Virtually anyone who's had any dealings with Beltrán will tell you he's a cool dude. He's a fierce competitor and made a name for himself in those times when the rubber really met the road.

Except once. Maybe it did stick with him more than anyone knew. If so, that's a karma-baiting bummer.