A Visit to the Wild Card Playoffs 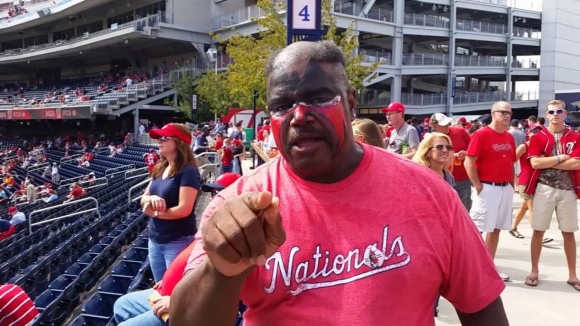 'Twas the night 'fore the playoffs

And all through the Web

Not a feature was missing

And playoff rosters were set

No ad was omitted

Nor the hissing of fans

To negatory the house

The fridge had been well stocked

'Fore they all retired

With beer and guacamole dip plus all manner of treats galore

All the better to render the festivities

One for history book's lore Snug up upon the rafters, overlooking their beds

While visions of Wild Card glory

Danced in their heads

The baseball gods and better Angels look out

From Anaheim and beyond

To the fallow fields of Detroit, the division champions await their fate

Over the plains to Kansas

Though not to New York

Or some jive storybook ending

We had that last year

The reveling patrons along the Potomac

From Harper's Ferry to DC

Will treasure the post-season appearance of their favorite teams

Of those players and fans that could sleep

And rely on their depends

They dread even the slightest of thoughts

That this is where their baseball season ends

To the victor go the spoils

To the vanquished the agony of defeat

For the Giants or Pirates, A's or Royals players and crew

They can't afford to dwell on such calamities imagined

Lest their nightmare of a daydream

Be brought ever closer to pass

So lead on, Daily Player

And tell us what to think about it all

Then long the days before again will be heard exclaimed "Play ball!"