Sir Winston Green-Cards It to a Belmont Stakes Victory 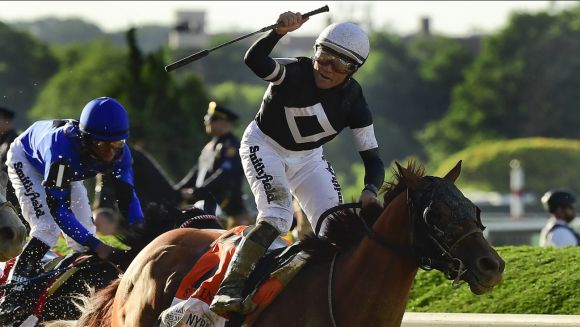 This month's got the makings for solid sports achievements in the Great White North.

The Toronto Raptors are making a convincing case that they'll wrest the NBA championship from Golden State's Warriors.

Casse had already pinned a Maple Leaf on the Preakness with War of Will, who entered the gate at Belmont as a 9-2 play, behind only Tacitus at 5-2.

However, dude's other horse in the race, Sir Winston, cruised the 1.5-mile course under the guidance of jockey Joel Rosario -- their first ride together -- and pleased punters who backed him at 10:1.

He never surrendered, and powered home:

With these payouts -- not to mention Jovia's contribution -- damn right it was: