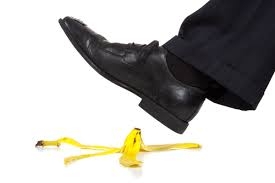 Slipping up has been a trend for the Red Devils lately, but not this time.

Of course, they had to match up against a League One side to make that claim.

Manchester United eased past Shrewsbury Town, 0-3, to advance in the FA Cup. Let’s just say they tamed the Shrews.

The first week's first clash for the Red Devils against a so-called minnow was a disaster, but they've apparently learned to take nothing for granted. As a result, Louis van Gaal still hangs on to a thin thread as their manager with what can only be termed as a compulsory win.

The hard rock himself, Chris Smalling, relieved United's anxiety in the 37th minute:

A deflected shot, yes, but United surely will take it with arms wide open.

The Devils then came up with a tactical way to score, using Juan Mata’s free kick excellence:

Believe it, this is van Gaal’s tactics.

Jesse Lingard has been in top form lately, and scoring is just like breathing for him.

So it may be a shaky time for the Mancuians, but they're through to the quarterfinals.