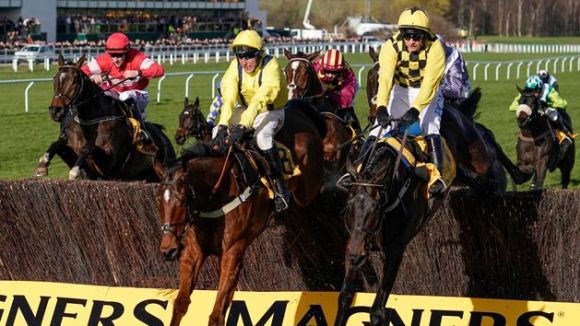 It's a highlight of the UK's National Hunt racing season.

Over 250,000 enthusiasts packed the stands at the Cheltenham Festival over its four-day slate, including such dignitaries as kinda-royal Andrew Parker Bowles, footballer Charlie Austin, and Lancashire County Cricket Chairman David Hodgkiss.

To be totally accurate, that's now the late David Hodgkiss.

Fortunately, the others listed still walk this earth, and all of these names are likely just a small sample size of how many other Cheltenham attendees wound up testing positive or worse.

However, 250,000 is not a small sample size for a nation such as the United Kingdom.

Being real, the British government's reaction to the pandemic wasn't as oblivious as the USA's, but it proved to be just as damaging.

Herd mentality just doesn't work if the human body doesn't have a natural immunity against a virus to begin with.

Hell, even the Premiership saw the pandemic's warning signs and decided to err on the side of caution, suspending play despite the government's policy to continue as normal.

Who knew that the footballing crowd had more common sense than those Masters of the Universe who control the Sport of Kings?

#CheltenhamFestival 2020 will go down as a monumental error by the decision makers. This was two weeks' ago. pic.twitter.com/X0asg3xPHJ

Its crown jewel, the Gold Cup, coulda just as easily been run before empty stands, as the spectators there coulda joined the huge viewership that had tuned in to see it.

They had an excellent perspective to watch Al Boum Photo do the double:

Awesome race, but was it worth being there for it?

The Hodgkiss family probably doesn't think so. No telling how many others in the crowd have the same opinion.

But hiding behind a flawed government policy shouldn't exactly make the Jockey Club -- the crew who own the Cheltenham Festival -- sleep any better at night.