Presidents Cup: Ernie's Inters Cling to the Lead; Aussie Crowd Gets into It 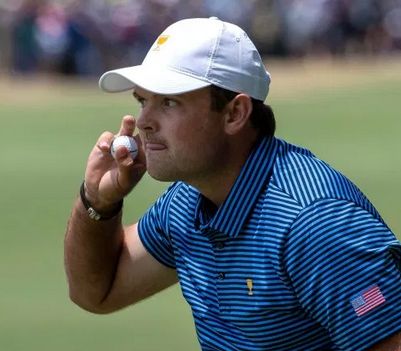 With the Ryder Cup's longer and more famous tradition, the relatively new -- established: 1994 -- Presidents Cup is relegated to the shadows for most casual golf fans.

So a bitta sideshow publicity can never hurt when the opportunity presents itself.

And in team events like this, what better way to make it rain than for Tiger Woods to name Captain America himself -- golf's greatest reigning villain, Patrick Reed -- to Team USA.

Especially when dude primed the pump before the competition even got started this week.

Turns out that he got caught doing a little landscaping at the Hero World Challenge last weekend:

Coincidentally, the two-stroke penalty Reed was assessed matched the gap between his score and Hero winner Henrik Stenson.

So the crowd in Melbourne was waiting.

Not that Captain American gave a rat's ass ...

The Internationals are drawn from players who aren't European, since those dudes are eligible for the Ryder Cup.

This means that, while 2019 captain Ernie Els has damn near the entire globe to choose from, it's a pretty big globe.

Els immediately set about molding his crew into an actual team:

It started paying off as quickly as the Day 1 fourballs:

Els' radical move of not pairing countrymen in favor of spreading the Aussie players out was bearing fruit.

This continued in Day 2, for the foursomes. Els was zipping around in his golf cart, telling team members where to place the tee, how to read the putt, and everything in between.

Led by Mexican national Abraham Ancer, the Internationals held steady in a format that the Americans had usually dominated:

The USA struck back in Day 3, where a quad-set of fourballs and another one of foursomes were on the docket.

Woods suprised many by sitting this one out, but after losing a point in the morning, his pairings in the afternoon foursomes were in position to sweep the session for a while. That's when Ancer and Marc Leishman came outta nowhere on the final holes to salvage a tie.

Byeong Hun An and Adam Scott also clawed back to minimize damages on what coulda been a disastrous day for the Inters:

Reed sat for Day 3's foursomes after going 0-3 in his matches to date, still managed to figure in the news, and villain's news at that.

Captain America's caddy and bro-in-law were leaving the morning session when a fan near them offered his opinion of Reed in general:

'I got off the cart and shoved him, said a couple things, probably a few expletives.'

An update on the altercation and full statement from Reed's caddie: https://t.co/9BnI1b6cx0 pic.twitter.com/2hkzrzttvq

Suffice to say, Reed's gotta find a new caddy for his singles session.

As is usually the case in these events, the first three days has established who spots whom in the singles matches, where the rubber meets the road.

Els and Woods announced the pairings and, as an extra bonus, begged to differ on the Presidents Cup crowd conduct.

Meanwhile, here are the pairings, with Woods putting himself front and center against Els' hottest golfer:

Dude's set the tone before Day 4's first tee has even come into play. 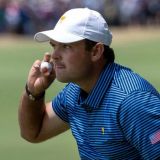 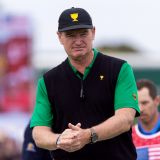