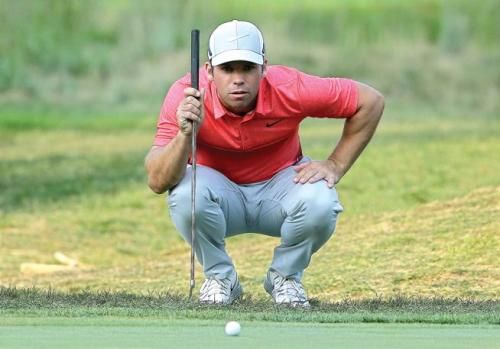 The second round of the 2019 Porsche European Open almost became a bloodbath thanks to Paul Casey.

Approaching the green with putter in hand and darkness in his heart, the murderous professional golfer lined up his putt with no regard for life of any kind.

That's when a pleasant round of golf turned ugly.

Anyone out there with a soul or basic human compassion may want to look away.

As you saw in that gruesome clip, tourney officials didn't once inquire about the well being of the harmless insect.

Instead, they pursued ways to force Casey to putt again, probably in an effort to finish off the poor bugger.

Casey avoided the infraction because they couldn't prove intent, but we know the truth.

This certainly isn't the first time animals have infiltrated a golf course during a tournament.

That doesn't make it alright, though.