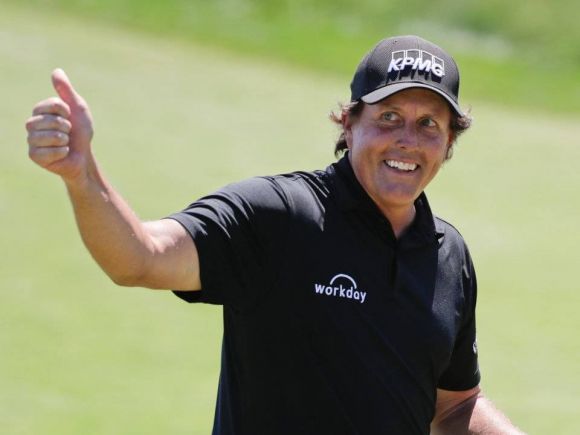 Obviously, The Match between Phil Mickelson and Tiger Woods was an unmitigated disaster, particularly for anyone who coughed up the requisite $29.99 for the privilege of watching.

Beyond the novelty of that whole affair, those who did so were treated to some decidedly mediocre golf between two obscenely wealthy dudes playing for stacks of cash on a table.

Apparently, a country music artist by the name of Jake Owen was one of the unfortunate viewers, a fact he seems to be struggling with.

In fact, he was even compelled to confront Lefty at the November wedding of Jordan Spieth, who should've probably tightened up that guest list just a bit.

Owen recently shared the sordid tale with the entire planet, so please enjoy:

This @jakeowen story about going up to Phil Mickelson at Jordan Spieth’s wedding is just a taste of maybe the best interview we’ve ever done. Just unbelievably good stories from this legend.

Out tomorrow. Subscribe here so you don’t miss it: https://t.co/iWCoCjTnGo pic.twitter.com/3dhWFtloat

Despite the fact that he told this story on one of those high brow Barstool Sports podcasts, we are still amused.

Now many would assume that Phil would maybe dispute this story outright or claim it was exaggerated for effect.

Well, these folks would be mistaken.

We should update our cool book at once, because Lefty just scored some points.

He even took the high road by not taking a shot at the shitty country music Owen unfortunately creates for a living, which would've been perfectly acceptable.

Speaking of The Match, it appears that Tiger is going to be cranking out more of this nonsense with the help of other players and GOLFTV.

That's what would Phil would say, after removing a wad of cash from his pocket, of course.