Nick Faldo Takes His Swing at the Sergio García Piñata 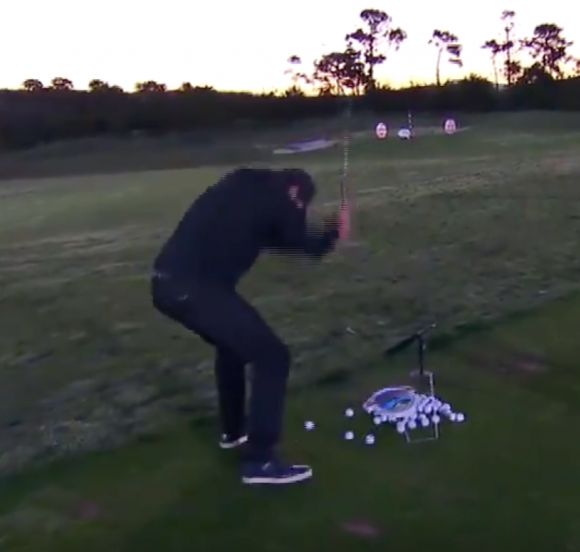 Active golfers as well as old retired coots teed off on the child-like Spaniard -- and deservedly so -- as throwing a fit in the bunker and then destroying multiple greens the next day aren't the acts of a well-adjusted adult human.

While Sir Nick Faldo was one of the golfing dignitaries to take aim at García, his criticism is a bit more involved.

You see, these two dudes have a history.

But before we get into all that, let's have a look at Faldo's contribution to the Sergio García mocking competition:

Well, there you go.

Faldo cycled through a number of swings before adding Sergio to his collection.

But again, some context is necessary here.

The very distinguished gentleman once called García useless on the air, which seems kinda harsh.

This was a reference to the 2008 Ryder Cup that was captained by Faldo himself.

Golf's sagas tell us Garcia didn't fare particularly well in the European loss, failing to win a match while being benched for what Faldo considered a bad attitude.

Eventually, García did get some measure of revenge, becoming the all-time European points leader in the Ryder Cup while observing that he'd passed some of his heroes ... and Nick Faldo.

Yep, that's pretty much it.