Lowry Makes Open History, Now Seeks to Avoid His Own 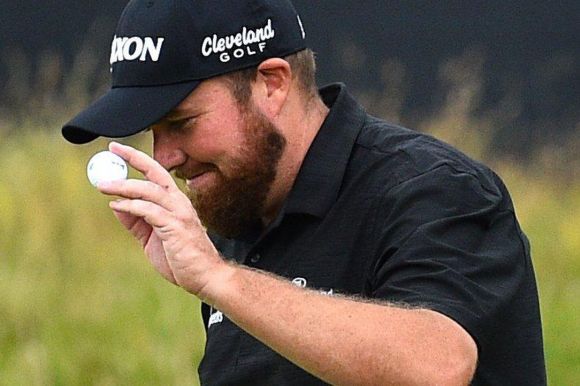 Backyard golf can be a wonderful thing.

The ease of familiarity sorta strips away all the trappings that can put pressure on the game.

Shane Lowry's not exactly in his own backyard, but after 54 holes, he's treating his neighbor's patch of of the Emerald Isle like it's his home turf.

Now, he's just gotta make sure the leprechauns are watching over him.

All of Ireland has come together to voice support for a dude seemingly better built for swinging hurling's version of a shillelagh than a golf club.

Lowry cruised the Royal Portrush course in a record-breaking 63 strokes, racking up eight birds with nary a bogey in sight. It was good enough for a four-pop lead over his pursuers.

That's all well and good, but dude's been there before, and it wasn't.

The 2016 US Open at Oakmont was better known for Dustin Johnson beating a brain fart on the green than Lowry's collapse from a four-shot lead.

Dude's been confronting those demons ever since signing his Round 3 scorecard at the 148th Open championship.

Lowry's round was more strategic than spectacular, but that's also what's given hiim confidence that he cankeep history from repeating itself.

Dude's plan of attack is working and has been for three rounds. Only Tommy Fleetwood is within a charger's striking distance. The ominous shadow of Brooks Koepka has faded along with his putting woes.

The third round was thus full of sidebars, but nothing emerged to challenge Lowry's story:

Sunday's action most likely shapes up to be Lowry's form now vs Lowry's past collapse in a Major.

If anyone rises from the pack, it'll be due in part because his past prevailed.

But given the comforts of home -- or his next-door neighbor's -- Lowry's gotta like his chances this time around.