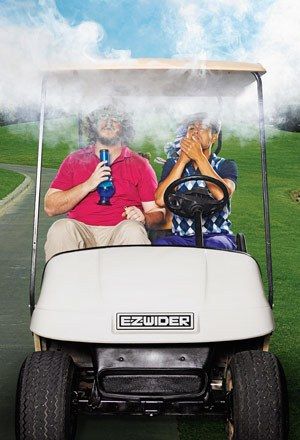 Unless you're some sort of PGA Tour groupie, you may not be familiar with the work of Robert Garrigus and Matt Every.

Well, these two dudes are in fact professional golfers.

Sadly, they were also suspended three months each for a Tour drug of abuse violation.

And what dangerous substance were these lads abusing?

Yep, Garrigus and Every both tested positive for cannabis, which will surely be the downfall of the PGA Tour and possibly western civilization itself.

Of course, the fact that the marijuana was prescribed by doctors and legally obtained in the states of Arizona and Florida has zero bearing on the case.

Indeed, this gateway to pain relief must be closed immediately.

Predictably, the PGA Tour is choosing to ignore logic and common sense while passing the ruling off on the World Anti-Doping Agency, which still classifies cannabis as a banned substance.

After returning from the suspension, Garrigus tried to restore some sanity to the universe:

"If you are doing marijuana then we should be testing for alcohol, too. If you can buy it in a store, then why are we testing for it? That's my opinion."

Robert Garrigus had a thing or two to say before his return from a three-month suspension - https://t.co/oTbqJA9h7K pic.twitter.com/qGvhEtTQx5

Apparently, all of these uptight governing bodies are forgetting the rich tradition of using recreational drugs while enjoying a leisurely round of golf. 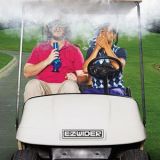 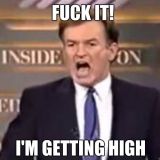