Wimbledon: Venus Returns to the Final 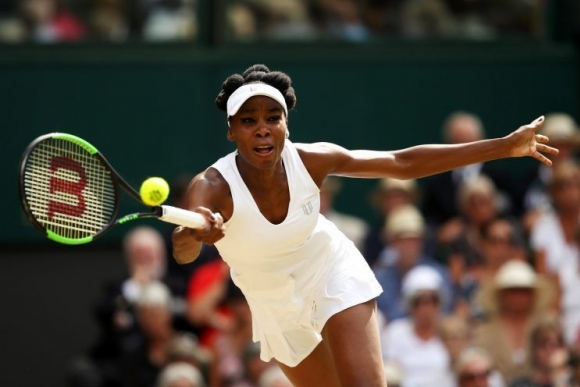 As in 37-year-old Venus Williams confirming yet again that Wimbledon brings out the best in her game.

Still, it's taken a while to resurface in the singles side of thing.

The elder Williams has won five titles here, but the last one was nine years ago. But finally, she's earned a shot at her sixth with a dominant 6-4, 6-2 defeat of local citizen Johanna Konta:

These results come a day after an eventful pair of developments in the men's singles seemingly cleared the way for 35-year-old Roger Federer as being favored to earn his eighth Wimbledon title.

11-seed Tomáš Berdych might have something to say about that in the semis, though. In this fortnight full of surprises, the unexpected reigns.

That also covers the point that, while little sister is away, dealing with the birds and bees, big sister only had to contend with one of them: