Was Roger Denied His Swan Song? 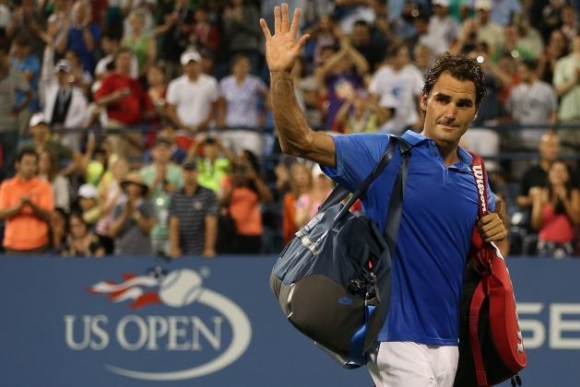 Optimally, the careers of star athletes are best defined by their prime years.

The years when they're either posting insane statistics or winning an inordinate number of championships.

However, there's a certain romantic quality to the star athletes who go out on top. When, against all odds, they provide a swan song that memorializes their career.

The great Pete Sampras did it in 2002, when he was able to capture the US Open in his final Grand Slam appearance.

The Swiss master is undoubtedly the best player to ever set foot on a tennis court. His 17 Grand Slam Singles titles are just one way to define his greatness. However, it's been 3 years since Mr Feathers last hoisted a singles trophy.

Now, at age 34, Federer is still a competitive force on the tennis court.

Dude still ranks No 2 in the world and is a consistent threat to win another Grand Slam title. However, the idea of retirement isn't lost on him. In fact, he reportedly considered riding into the sunset after his victory at the 2014 Davis Cup, but the idea of a permanent cashout didn’t yet appeal to him.

Federer could probably play into his late 30s, but he'd likely be a shell of what he is today. Nothing's more depressing than watching a star's career outlive its abilities. That's a why a final Grand Slam victory may change his view of retirement.

Putting a finer point on it, Federer's performance at Wimbledon this year was stellar, to say the least. He beat virtually every opponent with relative ease until it came time to face defending champion Novak Djokovic in the final.

Wimbledon is known as Roger’s tournament, probably due to the face that the dude is tied for the most singles victories there. A victory this year would've secured an eighth Wimbledon title his 18th overall Grand Slam title. That glory might've convinced him to call it quits.

Alas, it was not meant to be. Federer gave a valiant effort, especially during the second set when he was able to come back during the tiebreaker, but Novak proved yet again why he's the world's No 1:

Maybe that result is for the better.

The tennis world may not yet be ready to let go. The pursuit of another title may propel Federer to continue his career for the foreseeable future.

If and/or when he does capture No 18, it'll probably be a match for the ages.