Teens Taking Over the US Open Brackets 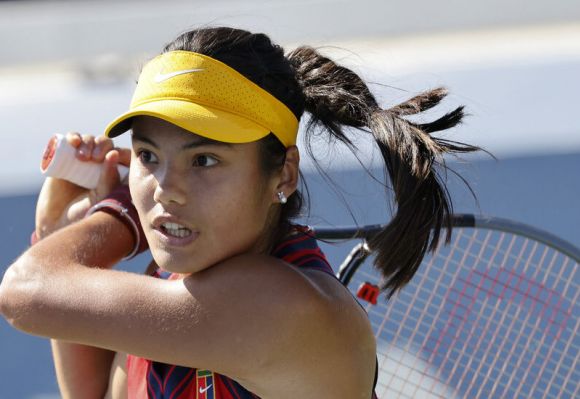 It's not unusual for prodigies to pop up and command a spotlight in tennis.

Not often, though, do they make the scene in clusters and make an impact in the process.

This year's US Open is witnessing a trio of them:

Raducanu has now blasted her way into the Women's Singles semi-finals with a 6-3, 6-4 straight-set performance over Switzerland's Belinda Bencic.

Dudette thus becomes only the fourth qualifier to get this far in a major tournament. Not bad for someone who'd never faced a Top 40 player before.

The versatility of her game was on display in all aspects:

And to think it was only two months ago that she was ranked as Great Britain's No 10 player.

That's further confirmation she's relentless about seizing the momentum, and once she has it, she sure as hell doesn't look like an 18-year-old.

A spot in the other semi-final has now been reserved for Fernandez, who went the distance to claim a 6-3, 3-6, 7(7)-6(5) battle from the Ukraine's Elina Svitolina.

Not only had the spry Canadian eliminated Osaka, she'd also seen off 2016 US Open titlist Angelique Kerber.

If it weren't for the tiebreaker format, this one could've gone on for an eternity. They were that evenly matched:

This triumph means Fernandez is now the youngest player to defeat two players ranked in the WTA’s Top 5 since Serena Williams at the 1999 US Open, where she earned the first of her 23 career Grand Slam titles.

Svitolina was coming off a solid showing in Tokyo, where she won the bronze, but didn't make it past the second round at Wimbledon. Dudette was looking to be one of the favorites in the remaining field before she ran into a Canadian buzzsaw.

Over on the men's side, another Canadian found himself walking through to the semis when Alcarez retired due to a strained adductor muscle.

Felix Auger-Aliassime is only 21 and is considered to be on the rise himself. Dude was well in command before proceedings suddenly ended.

Alcarez won the affection of the crowd at Arthur Ashe Stadium in the previous round when he gave 3-seed Stefanos Tsitsipas the rest of the week to take his bathroom breaks by finishing strong to cap a 5-7, 6-1, 5-7, 6-2, 6-0 upset:

Alcaraz will no doubt have many more days to bask on center court adulation, but in the here-&-now, the youth movement will focus on the dudettes.

One more victory for each of them, and they'll soon turn their focus on each other.

If it happens, odds are stong it won't be for the last time, either.