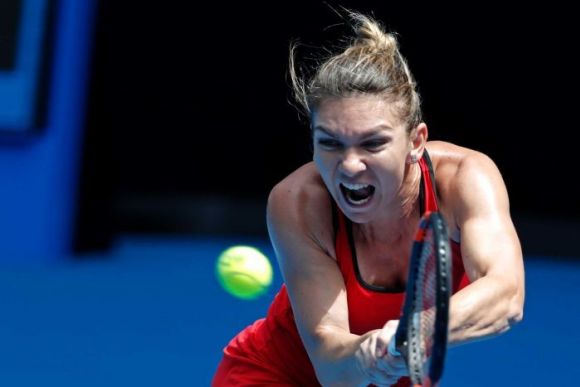 Fortunately, the weather had a heart.

Not sure how Simona Halep and Lauren Davis would've handled the blast furnace conditions that have been frequent visitors to the Australian Open this year.

It was enough of a challenge just completing their 3 hour, 44 minute match.

Two of the smaller competitors on the women's tour -- Halep is 5-9; Davis is 5-2 -- equalled the women's singles Australian Open record for longest match in terms of games played.

The third set lasted an amazing 142 minutes. Halep played through a turned ankle, while Davis was treated twice for toenail issues.

Davis came into the Australian Open ranked No 76, but on this day, no one could've convinced the world No 1 of that:

So how was your morning, @Simona_Halep? 🙊🙈😳💪 Amazing effort by both ladies. Epic match. Really proud of you Simo 🤗👊 #teamhugs pic.twitter.com/mjE5CjtacK

At least Davis will have more time to recover. Halep's got a fourth-round match against Japan's Naomi Osaka on Mon 22 Jan. She's ranked No 72.

It's a surety Halep will disregard that number.