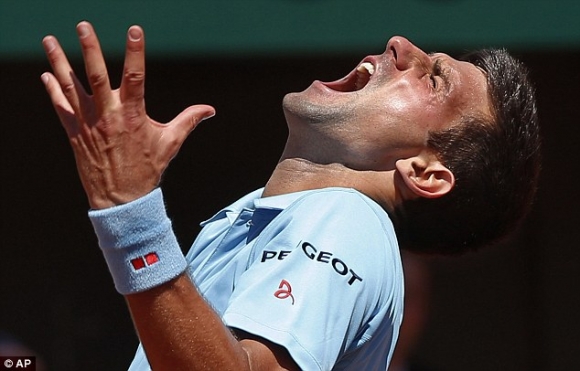 Tantrums from professional athletes can be quite entertaining.

Fortunately, they're provided on a fairly consistent basis.

One recent example was helpfully supplied by the No 1 tennis player on the planet, Novac Djokovic.

Dude was in a rather foul mood during his surprising 6-4, 6-4 defeat at the hands of Roberto Bautista Agut at the Shanghai Masters.

As the match progressed, Djokovic became increasingly ill tempered, something he hinted afterwards could be due to fatigue.

Dude appears to be suggesting that a nap could be the answer, not unlike an overtired child.

Djokovic began showing signs of cracking after losing the first set, which he seemed to blame on his racquet, as countless tennis players have done in the past.

Obviously, the Serb was not pleased with this development either and verbally chastised the umpire during and after the match.

While this series of outbursts lacked the verbal stylings or histrionics of former masters like John McEnroe, it was entertaining nonetheless.

Have a good nap, sir.