Is This the End of Rafa? 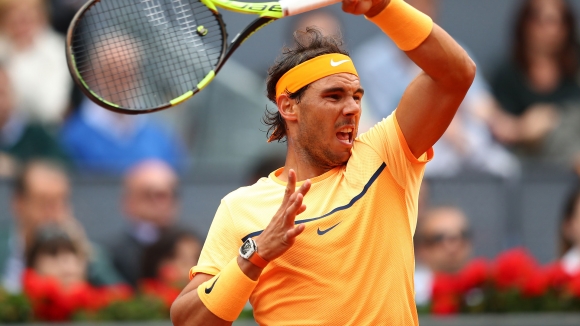 An athlete’s prime is defined by his/her best years.

Some sports, such as baseball or golf, allow them to have a decade-plus in their prime.

Tennis, however, is not such a sport.

Though the sport doesn't involve back breaking blows or immense power, the speed and precision required to play it puts a heavy strain on older athletes

This is not the case for the man most often spoken in the same vein of Federer: Rafael Nadal.

Rafa, who turned 30 this month, has not has enjoyed the same end of a prime career as Federer. Whereas the Swiss master has played in three Grand Slam finals as well as an additional three semi-finals since 2014, Rafa has only played in one final and another semi-final.

Still, Nadal does have a Grand Slam win in that period, which he captured at the 2014 French Open.

However, since capturing his ninth French Open and 14th Grand Slam title, Nadal has struggled to advance in major tournaments.

His 2014 ended with a knockout in Wimbledon's fourth round by a then-teenage Nick Kyrgios and a later wrist injury, which forced him to pull out of the US Open.

2015 was the first time in three years Rafa was able to compete in all four Slam events; besides missing the 2014 US Open, he missed the 2012 Olympics and US Open due to a knee injury and the 2013 Australian Open with a stomach virus, which may or may not have been a screen to avoid questions about his knee tendonitis.

Nadal did have some success in the first two Slams of 2015, reaching back-to-back quarterfinals,al though he failed to defend his five-year reign as French Open champ. But the remaining two Slams were not as kind.

In Wimbledon's second round, Nadal was defeated No 102 Dustin Brown. Dude’s US Open didn’t fare much better, as he blew a two-set lead in the third round against Fabio Fognini.

These defeats marked the first time since 2005 that Rafa failed to advance past the numbered rounds in back-to-back Grand Slams.

2016 started with a small uptick for Nadal, winning the Mubadala World Tennis Championship in two sets against Milos Raonic, countered by a defeat to Novak Djokovic in the Qatar Open final.

This early season tournament success seemed to signal that Nadal wasn't done yet.

However, his Austrian Open campaign proved how far Nadal has fallen. For only the second time in his entire career, Rafa was eliminated in the first round in five sets by Fernando Verdasco, who hit 90 winners to Nadal’s 37.

Nadal has since been plagued by another wrist injury, which forced him to pull out of the French Open’s fourth round.

Dude’s wrist is still not right, as he recently announced via Facebook that he'll not be playing at Wimbledon. He's yet to announce what his status is for August’s Olympic Games, though he's been announced as Spain’s flag-bearer.

Don’t get me wrong. Nadal's still an elite tennis player. I mean, he is still No 4 overall in the world.

But his long history of injuries, be they on his back, knees, or wrists, shows how his body is deteriorating.

Plus, there seems to be no stopping the steam train that is Novak Djokovic.

Nadal can shore up his legacy by winning a few tournaments in the next few years, but it seems that Federer’s record 17 Grand Slam titles are out of his reach.