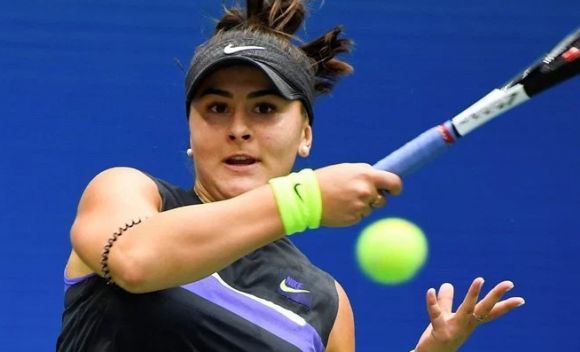 But then, just as quickly, she reverted to a 37-year-old legend on a quest that looked as fanciful as Don Quixote's.

Especially with a powerful teenage machine on the other side of the net in the 2019 US Open women's final.

19-year-old Bianca Andreescu has an 8-0 record against Top Ten opponents since joining the WTA tour in 2015, with most coming in the last year.

Andreescu powered her way through five matches with minimum resistance. When the title bout rolled around, it was easy to see why.

Dudette's game was firing on all cylinders, which included stifling an opponent's emotional rally at the end of a 6-3, 7-5 victory:

This, of course, allowed the world's friendliest country to forget a few of its most pressing issues on the day.

Serena, meanwhile, is left to plan yet another charge in her quest to match Margaret Court's record of 24 Slam championships.

The odds are looming larger with every event.

Serena's now 0-4 in Slam titles since rejoining the tour after becoming a mother.

It's not like she slogged her way throught the bracket, but Serena's witnessing a cohort of younger players who grew up watching her, emulating her in many cases, and now beating her.

She's 38 on 26 September. Her legend is secure whether or not she rings up one more Slam, which is as it should be. The task is definitely getting tougher by the month.