Bank on the Swiss 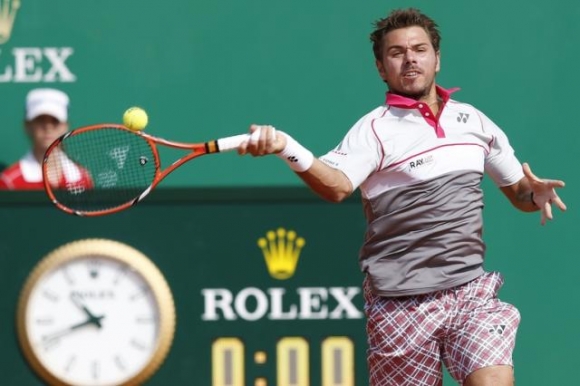 Switzerland is best known for its strong -- if not convoluted -- banking system.

Perhaps we should learn to bank on their tennis players, too.

We all know Roger Federer. Dude's the best player of this generation and perhaps even the best of all time.  However, the tennis dynasty over which he presided is coming to a close.

Also coming to an end is the Big Four Era of tennis, where Federer -- along with Rafael Nadal, Andy Murray and Novak Djokovic -- won a combined 31 out of 32 Grand Slam singles titles between 2006 and 2013. Each still has the ability to claim another grand slam title, but the field is wider open now than it's been in a long time.

The dude who's best taken advantage of this opening is another Swiss star in the making; Stanislas Wawrinka, who’s stardom was on full display at last year’s Australian Open, where he defeated Nadal in four sets:

Sure, Rafa wasn't 100% at the time, but that shouldn't take away from a victory that proved the Big Four's vulnerability.

Wawrinka’s upset of Djokovic in the French Open only cements his place as a tennis great. Unlike his previous Grand Slam title, no caveats can be placed on this one. He beat a healthy and determined Djokovic, who was on a quest to complete a career Grand Slam and possibly even a calendar Slam.

Wawrinka is older than Novak, Muyray, and Nadal and, in a recent interview, stated he doesn't believe he's as strong or as good as the Big Four. However, his modesty shouldn't overshadow the fact that the name Stan Wawrinka is now a front-line force in the game. He's beaten the greats on the big stage, and all while wearing some odd-looking shorts.

So, the next time you get your paycheck, maybe you should make your deposit -- via Bovada of course -- at the Swiss Bank of Stanislas Wawrinka.

Especially considering how unreliable the Americans are these days.