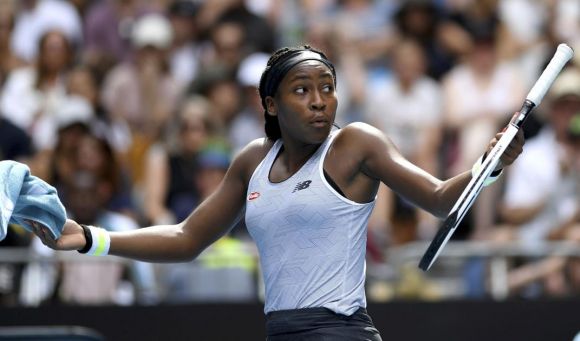 Maybe it's time to go home, but 15-year-old Coco Gauff is leaving Melbourne after ringing up a bitta history.

Shes the first American woman in 30 years to have made it to the third round in her first three majors. That's as far as she got, though, and there was no shame in her losses:

As far as getting to the third round of another Slam event, yes.

There'll be lessons to learned from this outing, too.

Kenin's a mere 21, but the 14th-seed put on a predator's display in this match, ultimately pouncing on every error Gauff made to counter Coco's first-set triumph to swing the match in her favor and never looked back:

Once Kenin -- who goes by Sonya -- pinned Coco to the baseline, she relentless wore the teenager down. Evidence of that appeared in Gauff's three second-set double-faults -- she committed seven overall -- and when Coco started realizing that no matter what she tried, Kenin had a return sorted out, the writing was on the wall.

Kenin's building up an impressive résumé of her own.

The Russian-American who moved to Florida in her munchkin days has rung up five WTA titles -- three singles, two doubles -- and has defeated the likes of Madison Keys, Serena Williams, and Ashleigh Barty.

And if she keeps playing like this over the next week, she could leave a mark by the time all is said and done.