USA Men Back into an Octagon Point in El Salvador 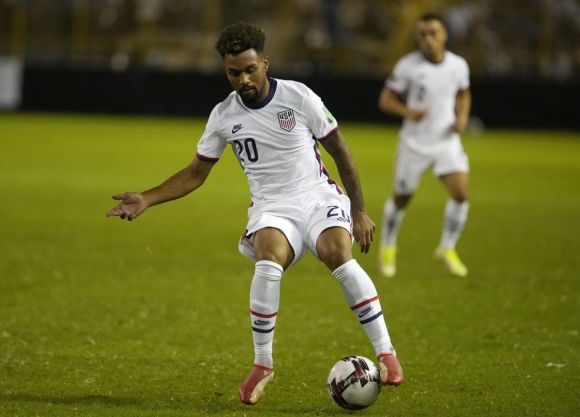 Back in the day before televised games, sportswriters had a sorta subtle code to describe certain situations and conditions that were verboten in print if published unfiltered.

For example, if Babe Ruth had been on a bender the night before, the term writers used was ruddy cheeked instead of hung over.

Traces of these codes pop up here an there in modern times. One is inauspicious beginnings, rolled out when someone wants to sound academic or something.

Since Team USA's opener of its Concacaf final stage qualifier for the 2022 World Cup comes with video evidence, it's just better to call this 0-0 snoozer just what it was.

Yes, the match took place surrounded by hostile fans that required a police presence to keep the atmosphere from possibly boiling over -- the four cops with tall, clear, riot shields protecting each American corner was an interesting touch -- but the USA never looked intimidated.

Instead, it looked more like its players needed to be introduced to each other. If there was more than a meaningful two-pass sequence in their possessions, it flew under the radar. It clearly wouldn't have gone amiss.

Manager Gregg Burkhalter was able to haul in a Gold Cup this summer with what was basically USA Soccer's junior varsity -- and youth was served in this one, too -- but he won't get away with that in the Octagon. The absence of seasoned performer Christian Pulisic due to Covid-19 protocol meant he wasn't an option, and he was sorely missed.

Goalkeeper Zach Stefan, out with a back issue, wasn't. Los Cuzcatlecos were as impotent on the night as the USA was.

The vets that were in the Starting XI -- like Gio Reyna, Weston McKennie, and DeAndre Yedlin -- but for whatever reason, they were nowhere to be seen when the rubber met the road. The best attempt from this trio was probably McKennie's poorly-timed header that sailed harmlessly over the crossbar.

Another subtle sign of inauspiciousness was the highlight video including and sometimes dwelling on the substitions.

This is what happens where there's zero creativity to feature.

In the cold light of harsh reality, though, it's still a road point,.

The pandemic has transformed Concacaf's usual Hexagon final stage of World Cup qualifying -- 10 games over 11 months to punch three tickets and a fourth earning a playoff with an Oceania qualifier -- to what's now an Octagon:

The USA and Mexico should be givens to earn World Cup berths, but as anyone following USA Soccer knows, nothing is to be taken for granted.

Add some sorta sustained, multi-pronged attack to that list.

This edition of the USA Men's National Team is touted as being loaded and not without reason. But the best ever? The 2002 roster might have something to say about that.

These dudes just have to prove it, and a lousy point against El Salvador isn't convincing enough.