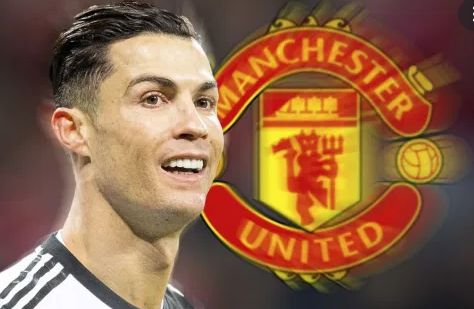 If anyone's ever grown into his surname, it's former Manchester United player and current manager Ole Gunnar.

So will Juventus, who was relieved that someone actually picked up at least some of the €28m price tag they'd attached to the Portuguese international's transfer. Dudes were wondering for a while, there.

Manchester City manager Pep Guardiola surely won't say it, but he's gotta be relieved, too. It's been clear from the start that he's been underwhelmed by the Sky Blues' considerations about signing the 36-year-old striker.

As if any more evidence was needed to confirm this, City's omission of any transfer fee in their offer to Juve after their failure to acquire Harry Kane from Spurs basically said the unsaid.

Once Ronaldo confirmed to Juve that he was intent on leaving Les Zebre, his agent starting making the rounds. Given the market for mega-stars is rather limited these days, he had a quick itinerary:

This is a perfect example of why it's rarely good to assume.

All the while, United was at work on the down-low.

This included at least one current and other former Devils reminding Ronaldo that United vs City has always been a thing, is still a thing, and will certainly cause Mordor to reappear and rain hell on Middle Earth if he crosses over from Red to Sky Blue.

The club itself warmed to the thought, too.

The Glazer family is still reviled by United supporters as American carpetbaggers, and for good reason. Their eagerness to join the ill-fated Super League have enhanced their image as super-villains. To them, the thought of bringing back a legend seemed like a stroke of PR genius.

Solskjær was fine with it, too. Perhaps Guardiola was apprehensive about a forward who didn't and wouldn't press up -- among other things -- the United manager focused on Ronaldo's results. Only two players in Europe's Big Five leagues potted more shots than he did:

Never mind that United finished second in Premiership scoring last season or that they outscored their group opponents in the Champions League. Goals aren't their issue. An elite midfielder who can better connect both ends of the pitch wouldn't go amiss, and if the Devils don't sort that out in the near future, it'll likely come back to bite them.

It'll also deny Mason Greenwood, who looked rather spiffy in United's opening games. While it's ludicrous on the face of it to mention a promising 19-year-old with a football icon, the cold light of harsh reality is Greenwood's speed and work ethic has shown to be a fit for Solskjær's system.

So maybe the last-minute shift in destinations was a stunner to the football world, but the fact is Manchester United was the only practical candidate for Ronaldo's services unless Juventus was gonna cave on their demand for a transfer fee.

United supporters will rejoice, City fans will shrug, and Juve supporter will take not of their club's rebuilding project.

And hopefully for his sake and that of his legacy, Ronaldo will rekindle memories of his first go-round at Old Trafford to match the guaranteed hype of his arrival.

It'll be a story line all season.