Real Madrid and Barcelona Do the Faux Clásico 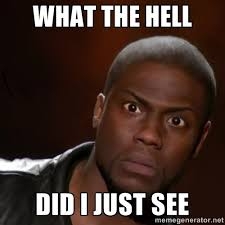 Back in the day, Buffalo Bill Cody used to pack in those late-1800s city slickers with his Wild West Show.

All he did was re-create mythical battles, roundups, and hunts.

It was quite the production, and for 30 years or so, the public ate it up.

It was either that for entertainment or watching hangings.

It was a show, to be sure, but it still was a shell of the real thing.

We don't have that excuse today, what with screens everywhere and instant access to damn near any event anywhere.

In short, that's why watching a pre-season version of El Clásico in Miami left as empty a feeling as the aftermath of consuming cotton candy.

Real Madrid and Barcelona are as bitter of enemies as it gets, and they allowed some promoter to match them in a friendly?

Has dosh changed the footballing world that much?

For the record, Barça claimed the meaningless result, 3-2, but if Real really cared, they could always play the ‘Cristiano Ronaldo didn't play’ card.

Lionel Messi wasted no time in the proceedings as he worked his magic in under three minutes:

Classic Messi in a fake Clásico.

Real seemed to still be wondering where the orange practice cones were when Ivan Rakitić scored four minutes later:

One of the rare breeds of goal-scoring midfielders, this dude.

Mateo Kovačić then realized that Barça's defensive intensity was as soft as Real's, so he took advantage an popped on in seven minutes after that:

Apparently, no jobs were at stake along either side's back four.

Their first half romps weren't done yet, either, as Real displayed a touch of its counter attacking brilliance in the 36th minute when Marco Asensio levelled it all up.

Gerard Piqué likes to mess with Real both on and off the field. This time it was on field:

And that was your second half highlight, dudes and dudettes.

He’s still got it.

Too bad no one else who runs this sport does.