Premiership Doormats Not Excited about a Neutral-Site Re-Start 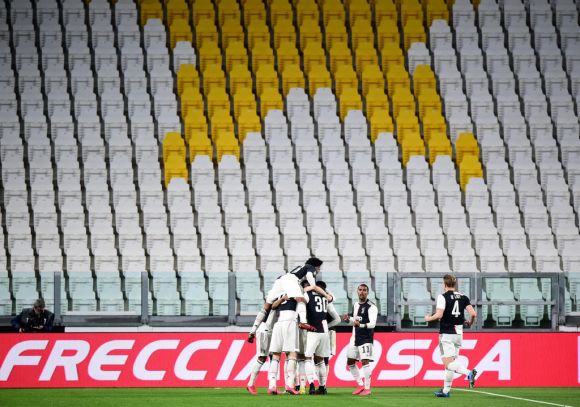 They're calling it a £200million catastrophe, and they're not wrong.

The term puts relegation Premiership into the drastic situation that it is, because that's roughly the blow a club's budget will take if it'd doomed for the drop.

So they're taking a hard look at every detail being proposed for the season's resumption.

That begins with objecting to the concept of playing in neutral sites.

It's natural for any athlete, team, and sport to be driven to finish a season.

In the Premiership, the motivation goes beyond that for Liverpool. The Reds want no asterisks by its first league title in 30 years. They've got a 25-point cushion over closest pursuer Manchester City with 11 matches left, so it's only a formality that stands between them and a swell of headlines, records, and posterity.

As to the rest, the usual priorities are front and centerL

So those clubs in jeopardy are wasting no time springing into action ...

Six sides are battling it out down there, and being real, only Bournemouth was showing signs of life when Covid-19 reared its ugly crowns.

The others could well have used the lockdown to regroup, get their minds right, or whatever: Each club though, is keen on a restart that doesn't feature neutral sites.

The irony is three of their grounds are in the running to be included in those venues:

However, those teams will be shipped elsewhere in the name of fair play.

It's not necessarily about knowing the turf and shifting breezes, of course. Sleeping in their own beds and keeping their own personal game-day regimen are definite factors for the players. Clearly, Brighton & Hove, West Ham, and Aston Villa believe they're significant factors to the point that they're being shrill about it.

Crystal Palace is firmly ensconced in mid-table, so club chairman Steve Parish has attempted to act as the voice of reason, stating that if a return to the pitch gets messy, a whole buncha stuff could arise that'd take a season or two to settle.

He's probably right, given that such rumblings are already happening in the Netherlands and France, where various parties are contemplating legal action for a scrapped season and the resultant ramifications.

The only way it won't is if all 20 clubs accept that there's only one way to the finish line.

Subject to government approval, the Premiership is setting its sights on a Mon 8 Jun start-up target. It'll be a challenge enough for the league to stay the course, as there's no real indication yet that the so-called first wave of the virus is waning.

The bottom line for the bottom feeders remains, then, the way it always was. If a club wants to avoid the £200million catastrophe, it's gotta earn the privilege.